Can Minnesota Bankruptcy Stop Wage Garnishment and Get My Money Back? 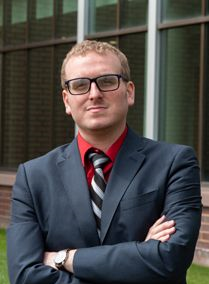 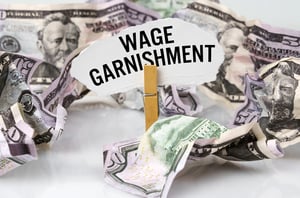 A creditor who sues a person and gets a court judgement against them can collect the money that the person owes the creditor through a garnishment of the person’s wages. To do so, the creditor can serve a summons on the person’s employer directing them to withhold their wages to be paid to the creditor.

Under Minnesota law, up to 25% of a person’s net income can be garnished by their employer. For someone living paycheck to paycheck, and struggling to pay their bills, taking this amount of money can cause them major financial distress. Bankruptcy may be an option.

How the Automatic Stay Stops Wage Garnishment in Minnesota

Once a person files for bankruptcy, all garnishment of their wages must immediately stop. This is because a person is protected by the automatic stay upon filing their case, which is a court order that prevents most types of creditors from taking any action to collect on the person’s debt, including wages garnishments. Any garnishment that occurs after the bankruptcy petition is filed with the court violates this court order and must be returned immediately to the person who files for bankruptcy. A creditor who knowingly and willfully violates the automatic stay is subject to fines and penalties, as well.

It is also possible to get back wages that were involuntarily garnished by a creditor before filing for bankruptcy in certain circumstances. When a creditor garnishes $600 or more in the 90 day period before filing for bankruptcy, the Bankruptcy Code provides the debtor (the person filing bankruptcy) to recover the wages taken from them, during that time period, so long as the money to be returned is “exempt,” or legally protected from creditors in the bankruptcy. The law on what property is considered exempt is a bit complex but, in many cases, these garnished wages are, in fact, exempt.

Sending a Written Demand to a Creditor

Getting this money is not automatic, however. After a person files their bankruptcy petition, they should immediately send a written demand to the creditor to cease garnishing their wages and to return already garnished wages to which they are entitled under the law. Not surprisingly, creditors are often reluctant to return the garnished wages.

If the creditor ignores, or refuses, the debtor’s request to return the wages, the debtor may be forced to file a separate legal action to get a court order directing the creditor to give back the money. This type of court action is known as an “adversarial proceeding.” It is essentially a case filed within the bankruptcy case itself.

As these proceedings can become quite time-consuming and expensive it is very beneficial to have an assertive and persistent attorney representing them in their primary bankruptcy case to, hopefully, compel the creditor to surrender the garnished funds without the need for an adversarial proceeding.

This is a basic overview of wage garnishment and the process of having garnished wages returned to someone who files for bankruptcy. One should consult with an experienced bankruptcy attorney for a more detailed explanation of this topic and to determine, more specifically, how a bankruptcy will apply to their particular garnishment issues. See us at LifeBackLaw.com.