Can I File Bankruptcy In Roseville, MN and Keep My House or Car? (Part 3) 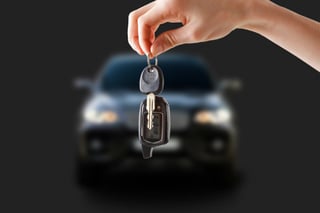 At the end of the last blog, Can i keep my house or car if i file a Roseville MN Bankruptcy, I wrote that even if a client of mine owned a vehicle that he or she liked, with a payment that the client could afford and the car was a new enough model that it was possible that the lender would repossess the car unless the client signed a reaffirmation agreement, I would still advise the client not to do so. Why? In my analysis, it all comes down to worst-case scenarios. By definition, with my bankruptcy practice I am not dealing with lucky people. My clients are my clients because things have not worked out as planned for them financially, or some sudden unanticipated event has taken place to create financial strain. My clients at our Bankruptcy Law Firm in Roseville are used to having worst-case scenarios come true.

Whats The Worst That Can Happen?

So what is the worst case scenario with respect to a car loan?The obvious answer is that something happens where the client can no longer afford to make the car payment. In that event, the car lender is going to repossess the vehicle once the loan goes into default. And the vehicle is going to be repossessed whether or not the client has signed a reaffirmation agreement. If the client has signed a reaffirmation agreement, the client will be legally responsible for the deficiency between the loan balance as of the time the car was repossessed, together with the costs of repossession (tow-truck, storage, etc.) and the sales price of the vehicle when the vehicle is sold at an auction. Since my clients buy their vehicles at a retail car dealership, and the car is purchased at auction for (usually) less than wholesale value, there is almost always a deficiency following the auction sale.

But there’s another, more subtle variation of this worst-case scenario. In this scenario the client can still afford to make the car payment, but unfortunately the car has mechanical issues or body damage, and the cost of repair is greater than the value of the vehicle, or the cost of repair is unaffordable for the client. In this case, the problem is the same as the first, most obvious “worst-case” - the vehicle has simply become too expensive. And if the client has signed a reaffirmation agreement, the client has to continue making the payments on the loan for the car that is too expensive to pay for. For either of these two scenarios, the client has to continue to pay for a car he or she can no longer drive. In all likelihood the client will have to replace the car that has been repossessed or that can’t be driven, usually by taking out a loan to purchase another car and continue to pay for the car that the reaffirmation agreement covered.

As human beings, we want the money we spend to bring us value in return. Paying for a car that can’t be driven is the opposite of receiving value for the money we’re spending. That’s the problem with signing reaffirmation agreements: there’s a possibility that by doing so, clients will be creating extremely expensive obligations for something that almost every adult needs: a functional car.

Have Car Repossessed Or Reaffirm Car Loan After Bankruptcy?

Think about the worst-case scenario for the client who chooses not to sign a reaffirmation agreement. The worst case for the non-signer is that the lender will repossess the car. That certainly is not something anyone would like to have happen. If there is a repossession, then the client has to replace a car. There’s the likelihood of another car payment, and since the client has filed a bankruptcy case, the car will probably not be a newer model, and the interest rate for the car loan is going to be higher than one would like. But that person - the client who does not sign a reaffirmation agreement - only has one car payment. That’s the difference in the worst-case scenarios. The scenario in which there is no reaffirmation agreement ends with a client having one, not two car payments. The non-signing scenario is less expensive. So even if the car loan is affordable, and even if the car is a model that has an enhanced likelihood of being repossessed, my advice to clients is don’t sign reaffirmation agreements for car loans.

Should I Reaffirm My Mortgage Debt After Bankruptcy?

And since filing a bankruptcy case, or filing to sign a reaffirmation agreement following the filing of a bankruptcy case is not grounds for a mortgage lender to start a foreclosure, the non-signing client really doesn’t face the same risks that a non-signing client does with a car loan. The mortgage company can only foreclose if there is a default in payments, a failure to pay property taxes, a failure to maintain insurance, or if the borrower/debtor is damaging the property intentionally or recklessly. The stakes are lower.Remember, though, that this just applies to first mortgages. I will discuss second mortgage loans later - and that is a much different situation.

Here is the dilemma facing homeowners with respect to first mortgage loans: some lenders (not all) will report the mortgage loan as being “in bankruptcy” even if the borrowers have been making timely monthly payments on their mortgage, and even after the bankruptcy case has been discharged. Some mortgage companies will not note that the mortgage has been paid in a timely way, even though that’s the case. This report (and the lack of noting timely payments) can create problems for borrowers/debtors who are seeking to refinance their mortgage loan - particularly if the borrower is seeking to refinance through the same mortgage carrier as had the mortgage at the time the bankruptcy case was filed. On the other hand, if there is a reaffirmation agreement signed by the debtors and approved by the Bankruptcy Court, and the borrower/debtor makes timely payment, the loan will be reported to be in good standing.

So if a client believes the mortgage reaffirmation is affordable, I generally do not object to my clients signing. But what to do if there was no reaffirmation agreement signed, and a debtor would like to try to refinance? How does a debtor get around a credit report that says that the mortgage loan was included in a bankruptcy and does not report timely payments?

Rules For Refinancing After Bankruptcy

The first thing to do for a client who wishes to refinance a mortgage loan in this situation is to deal with another mortgage company, rather than the current lender. The client should request a payment history from the lender (the lender has to supply you with a history of your payments if asked). Armed with a payment history, the client can check with other lenders about refinancing the loan through a different mortgage carrier, with a relatively high likelihood of success.
A client can normally accomplish a refinance in this situation, although the client may have to tolerate some delays while obtaining a payment history and go through the borrowing process with a new lender.

It is important to keep in mind that the discussion of reaffirmation agreements only applies to Chapter 7 bankruptcy cases. There are no reaffirmation agreements in Chapter 13 cases. Remember that one of the reasons for a person dealing with financial difficulty to consider a chapter 13 bankruptcy is to preserve assets - and this includes assets, such as home mortgages and car loans - that are collateral for loans. Another feature of chapter 13 is the ability, in some cases, of being able to “rewrite” car loans. This is available to chapter 13 bankruptcy debtors who are dealing with high interest car loans and/or loans that have been in existence for more than two and a half years. Chapter 13 provides a way for people in these situations to lower the interest rates on their car loans and in some cases to reduce the balance of a loan that is under-collateralized. So instead of struggling to decide whether to reaffirm a car loan in a chapter 7 case where the terms of the loan are not advantageous to a bankruptcy debtor, chapter 13 offers a way to make a car loan more affordable and remove the possibility of repossession.

The bottom line is that while it is understandable that people want to retain their homes and cars, bankruptcy debtors need to be smart about making the choice whether to reaffirm their liability on a loan and shouldn’t forget about the chapter 13 option if they want to retain collateral. To learn more or further information get in touch with me at: