How Does Bankruptcy “Work” - Part 2 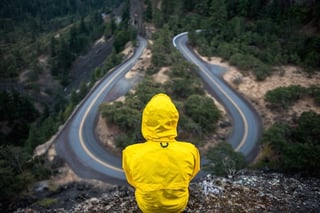 In writing about the paperwork that gets filed in any bankruptcy case last week, I didn’t touch on the document that accompanies every chapter 13 bankruptcy filing: the chapter 13 plan.  Chapter 7 cases don’t require, and don’t include payment plans - chapter 7 is a “liquidation” chapter - the debtor doesn’t propose to pay any debt in a chapter 7 case.  But chapter 13 is different.  In a chapter 13 case, the debtor has to propose a plan of payments to creditors in full, or in part for a minimum of three years, up to a maximum of five years.  Chapter 13 cases contain the same petition, schedules and statements that make up chapter 7 cases.  It’s in chapter 13 that the bankruptcy debtor adds a payment plan proposal.  And the chapter 13 plan is there to help meet the goal of treating creditors fairly.

Chapter 13 and Your Debtor

A chapter 13 plan is going to state, specifically, the amount of money that the debtor proposes to pay the chapter 13 trustee every month, for a specific period of time.  The plan also sets out the debtor’s proposal for what types of creditors are going to be paid in the plan, and how much they are going to be paid.  The plan is detailed: every plan sets out how much the bankruptcy trustee will be paid and how much the debtor’s attorney will be paid.  The plan will also provide for payments to cure defaults on home mortgages, to catch up on overdue rent, to pay for a car loan in the plan, to name just a few of the provisions that are available.  The plan can also provide for the payment of priority debt.  That usually means the debtor’s attorney as well as any priority tax debt and in some cases, past-due child support amounts.  The plan can also provide for payment in full of unsecured creditors on accounts for which the debtor has a co-signer (although in order to do this, the debtor has to be able to show that it was the debtor, not the co-signer, who received the benefit of the loan).  After the debtor has set out all of the “special” payments for these types of creditors, the amount remaining is proposed to be paid to the debtor’s general unsecured creditors.

The chapter 13 plan meets the goal of treating creditors fairly in a number of ways.  First, the debtor has to detail where the payments are proposed to go.  And creditors get classified by whether they are priority, secured or unsecured creditors.  Congress decided that some creditors in a bankruptcy deserve the first crack at the payments made by the debtor in a chapter 13.  Creditors in a certain class cannot be discriminated against.  Both of these requirements of chapter 13 help meet the policy goal of treating creditors fairly.

What Happens if a creditor disagrees?

But the chapter 13 plan also works to meet the goal of allowing debtors to live with dignity.  Chapter 13 works to meet this goal by giving the debtor a defined monthly payment that needs to be made in order to receive bankruptcy protection.  Chapter 13 plan payments do not have to pay unsecured creditors in full - as long as the debtor is paying at least as much to unsecured creditors as the creditors would received in a hypothetical chapter 7 case, the debtor’s plan will be confirmed by the bankruptcy court, even if payment to unsecured creditors is a small fraction of the amount owed by the chapter 13 debtor to the creditors.  Chapter 13 debtors also have the ability, through the chapter 13 plan, of re-working some secured loans - most notably car loans - to re-do the terms of the loans so that the payments of these secured debts are lower. And in a very few cases, the chapter 13 debtor has the ability to remove second mortgages and home equity lines of credit as secured debts in cases where these real estate loans have no home equity whatsoever to secure even a tiny part of the loan.

All of these features help further the policy goal of allowing debtors to lead a dignified life.  In my opinion, the best feature of chapter 13 is the ability of chapter 13 debtors to tuck their living expenses into their monthly income budget.  It’s not always easy having to make a chapter 13 payment every month, but the unique features of chapter 13 can help people whose financial lives are chaotic to change that chaos into order.  I had a chapter 13 client of Kain & Scott tell me that he had felt as though he was always “scrambling” to pay his bills every month, but with his chapter 13 he had a budget that worked so that he could pay his bills without stress.

That’s how chapter 13 “works.”  Next week, I’ll write some more about the nuts and bolts of bankruptcy.