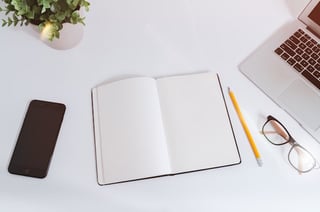 For the past six weeks we’ve taken a pretty “deep dive” into the nuts and bolts of bankruptcy. This week, I’ll try to wrap this up with a look at the function of the bankruptcy discharge - the “finish line” for bankruptcy. Again, the lens through which I will look at this issue is the twin policy goals of bankruptcy - to treat creditors fairly and to allow debtors to live with dignity.

What does a bankruptcy discharge do?

When a case is finished, the court issues its discharge.  The legal effect of a discharge is to permanently enjoin a creditor from taking any action to collect a debt that is subject to discharge, and to void any judgment that was entered against a bankruptcy debtor prior to the commencement of the bankruptcy case.

When does a bankruptcy debtor receive a discharge?

In chapter 13 cases, the bankruptcy debtor will receive a discharge after all of the scheduled plan payments have been made, and the funds on hand for the chapter 13 trustee have been disbursed to creditors.  Because of variances in payments and disbursements, predicting the discharge in a chapter 13 case is not as exact as a chapter 7 case.  But as a general rule of thumb, chapter 13 debtors can expect a discharge approximately one month or less after the last scheduled payment is made.  Remember that chapter 13 plans call for a minimum payment period of 36 months, up to a maximum of 60 months.

The effect of a discharge is exactly the same in a chapter 7 case and a chapter 13 case.  That is, all debts that can be discharged by bankruptcy are discharged.  The difference is that there are some debts that chapter 13 discharges - such as debts arising from willful and malicious injury, or credit card debts incurred to pay income taxes (there are other debts subject to the chapter 13 “super” discharge discussed in earlier blogs).

Is every debt dischargeable?

No.  Income tax liability incurred in the three years previous to filing, back (and ongoing) child support and student loans are presumed to be non-dischargeable under both chapter 7 and chapter 13.

Other debts that would otherwise be dischargeable in either a chapter 7 or chapter 13 case may not be discharged if the debt was incurred by the debtor due to the debtor’s fraudulent behavior. But in cases such as this, it is up to the creditor to bring an action in bankruptcy court to except these debts from the discharge.