Can I Keep My House Or Car After I File Bankruptcy in Roseville? 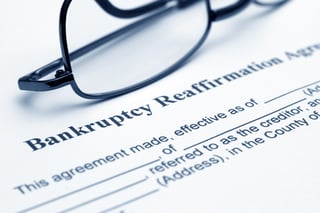 One of the most common questions that potential clients ask their Bankruptcy Attorney when filing is what is the effect that bankruptcy has on continuing home and car ownership. It's understandable that people with debt problems are worried about retaining the place where they live and retaining the car or truck they drive. My typical response is to assure them. As long as you continue to make any loan payments associated with your home and/or your vehicles, you should be able to keep your home and your car. Now this is a good, sound, general statement. And it's true; but to be well informed clients need to know more about theinterplay between ownership of assets and bankruptcy.

Your house And car are exempt - in most cases.

The bankruptcy code allows people going through bankruptcy the ability to retain certain property that congress, and in some cases, state legislatures have determined are necessary to allow you to continue living your life with dignity. The property that is protected in the bankruptcy law is called "exempt" property.

Both Minnesota state law and the bankruptcy code provide for protection of homestead real estate and motor vehicles. That is, under either statute that Minnesota bankruptcy debtors can use, a person's home and a person's car is exempt. But the statutes have dramatic differences in the amount of home equity that can be exempted and a noticeable difference in the amount of car equity that can be exempted.

Before diving into the numbers, it's good to take a step back to understand why your home and your car are exempt. One of the purposes of bankruptcy law is to promote financial stability. Our society benefits when the maximum number of households are financially stable. When more households are financially fragile, there is an increase in activities that we as a society would prefer to avoid - an increase in divorce, in non-family provided daycare, in household members working increased overtime or working more than one job. By attempting to meet heavy financial burdens, families sacrifice the things that help make families strong, and as a result families break up. So Congress and state legislatures want individuals in bankruptcy to increase their financial stability. So home equity and car equity is protected, in large part because remaining in your home and retaining ownership of your car promotes personal financial stability.

Differences In The Amount That Can Be Exempted

While both your home and the car you drive are exempt assets under the Bankruptcy Code and Minnesota state law, there are differences in the amount that can be exempted.

One wrinkle in the Bankruptcy Code involves the exemption for a debtor’s residence. The Code provision applies to the residence of the debtor, or the residence of a dependent of the debtor. So for a bankruptcy debtor who is separated and/or going through a divorce, the homestead is available for that person even if he or she has moved out of the home they own, provided that the other spouse, or the debtor’s children are living in the home at the time the case is filed. And the Bankruptcy Code extends this exemption to manufactured homes.

The statutory language dealing with your car is exactly the same in the Bankruptcy Code and Minnesota state law. Both statutes refer to a “motor vehicle.” So although this is traditionally thought of as a car or truck, motor vehicle refers to any vehicle that is powered by an engine, so motorcycles can be exempted under either statute if that serves the debtor’s interests.

So the bottom line answer for the anxious person with debt issues is that the equity they’ve built in their home, or in the car they drive will almost always be exempt if they file a bankruptcy case.

But that’s not the only issue facing most of our clients. Almost every person our Law Firm represents in a bankruptcy case, if they are homeowners, are also obligated on a mortgage with a bank or mortgage company. Most clients understand that they will have to continue making their mortgage payments if they want to keep their home, but not all do. There should not be confusion about this - if a homeowner is looking to file a bankruptcy case, that homeowner is going to need to stay current on their mortgage.

But while the bankruptcy debtor’s personal liability to pay a mortgage note or a car loan is discharged, just the same as the debtor’s personal liability to pay a credit card account is discharged, the difference between the secured creditor and the unsecured creditor after discharge is significant. The secured creditor might lose the ability to enforce a personal obligation to pay, but the bankruptcy discharged does not remove the security interest the mortgage company has in the debtor’s real estate and it doesn’t remove the security interest the car lender has in the car. So if a bankruptcy debtor does not make the scheduled payments on a mortgage or a car loan, even if that debtor has received a discharge, the mortgage company can foreclose on the mortgage or the car lender can have the car repossessed.

So people thinking about filing a bankruptcy need to clearly understand that mortgage and car payments must continue to be made in timely fashion if the debtor wants to keep the house and the car.

But there’s a big issue everyone who is thinking about filing bankruptcy who has a mortgage loan and/or a car loan needs to be aware of. Your car lender will, in almost every case, and your mortgage lender will in some cases ask you to sign something called a reaffirmation agreement before your case is discharged.

On the face of it, bankruptcy debtors should not be signing reaffirmation agreements, since by doing so, the debtor is creating (or, I guess “re-creating”) liability where that liability was going to be discharged. The debtor has filed a bankruptcy to eliminate debt, not to keep it, so this decision should be simple and straight-forward. Unfortunately, it’s not.

Why not? Because in 2005, when Congress made major changes to the existing bankruptcy law, Congress changed the options that bankruptcy debtors had with respect to secured debts. Before the 2005 law change, bankruptcy debtors had four options with respect to secured debt. The debtor could choose to surrender the collateral to the secured party, redeem (in essence, re-finance) the debt through a third party lender, reaffirm the debt or simply continue to make the payments according to the terms of the contract.

When the Bankruptcy Code was amended in 2005 Congress took away the last option. Gone was the choice to continue to make payments without signing a reaffirmation agreement. Now the debtor’s choices are: surrender, redeem or reaffirm. If a debtor does not reaffirm the debt, the amended Code allows a secured lender to repossess collateral, even if the debtor is current on payments.

When home mortgages are involved, it is not common to have reaffirmation agreements offered. The reason that we tend not to see reaffirmation agreements on home mortgages has to do with Minnesota’s status as a non-recourse state. Simply put, if a first mortgage company has its loan go into default, then the mortgage company can foreclose on the loan. The most common form of mortgage foreclosure in Minnesota is foreclosure by advertisement - that is where the notice of the foreclosure sale is published in the legal section of the newspaper. Minnesota law says that if a loan is foreclosed by advertisement, the lender does not have the ability to collect a deficiency after the sale from the home owner/borrower. The bank has no recourse against the home owner.

Since there cannot be any recourse, there is no way for a mortgage lender to enforce the personal liability of a mortgage payer on a mortgage loan. Since there can’t be any collection on a shortfall, it doesn’t make a lot of sense for mortgage companies to ask for reaffirmation of first mortgages. And in Minnesota, filing a bankruptcy case and/or failing to sign a reaffirmation agreement is not a sufficient reason to foreclose on property. The only events that can trigger a foreclosure in Minnesota are default in payments, failure to pay property taxes or insurance, or damage by the owner to the value of the property.