Can Bankruptcy Get Rid of Debt Owed to the Government? 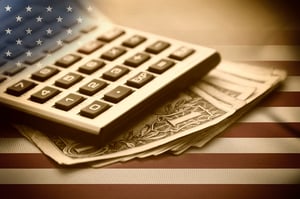 Income Tax May Be Dischargeable in Minnesota

However, income tax debt may be dischargeable if it meets certain criteria. First, the income tax debt must have become due, at least, three years before the date the bankruptcy petition is filed. For example, tax debt for the 2017 tax year, which became due on April 15th, 2018, would meet this requirement for a bankruptcy case that is filed after April 15th of 2021.

If the debtor has not received anything from the government taxing authority (i.e. IRS or Minnesota Department of Revenue) within this time period, stating that the taxes are being assessed by the government, this is a good indication that this requirement has been satisfied. Only when all of these requirements are met, will the income tax debt be considered dischargeable and wiped out by the bankruptcy.

Fines and Penalties as Debts in Minnesota

Another type of debt owed to the government comes in the form of fines and penalties. These types of debts typically include tickets (i.e. traffic tickets), fines and restitution, and are generally not dischargeable in bankruptcy. These types of debts are imposed by the government for the purpose of punishing and deterring wrongful behavior, and thus, these debts cannot be discharged for public policy reasons. However, the notable exception to this rule is that debts owed for civil infractions, such as traffic tickets, are dischargeable in a chapter 13 bankruptcy, but not in a chapter 7. On the other hand, monetary penalties, such as fines and restitution, imposed against the debtor for criminal acts are never dischargeable in either a chapter 13 or 7 bankruptcy.

Another example is when a defendant in a civil or criminal case has to pay back court costs and fees for processing their case. Debts owed to the government that is compensatory in nature, rather than punitive, such as these, are dischargeable.

One notable exception to this is when the government expends money to support the debtor’s minor child, such as when the child is incarcerated in juvenile detention. In this situation, courts have ruled that the debt owed is in the form of “child support” which is not dischargeable in bankruptcy.

Government Loans as Debt in Minnesota

Bankruptcy courts in Minnesota look at the totality of the debtor’s financial circumstances when deciding whether the student loan debt should be discharged. The court will consider the debtor’s past, present and future financial resources, and living expenses, among other relevant facts and circumstances.