Where Does Bankruptcy Come From - Part 4 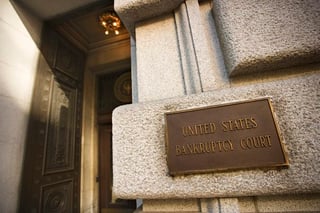 Last week, I wrote about the Bankruptcy Act of 1898 - the first “permanent” bankruptcy law in the United States. The 1898 law came about as Congress’s reaction to the financial panic of 1893. There had not been a national bankruptcy law since 1873 when the 1867 law, like the two previous attempts at federal bankruptcy law, was repealed. The abuses of the previous bankruptcy laws had hardened political opposition to a federal bankruptcy system. However, by 1898, creditors were experiencing extreme difficulty in collecting even a portion of debts owed to them in some states, due to those states’s debtor-creditor laws.

Because of this, the impetus for a uniform, country-wide, federal bankruptcy law came from creditors’s organizations. However, in order to soften the opposition among Southern and Western Congressmen, accommodation of the concerns of debtors had to be made part of any law.

So the 1898 law, for the first time, represented a bankruptcy law that was a product of negotiation and compromise between the interests of creditors and debtors. And whether Congress intended the 1898 legislation to be a balanced, workable law, or whether the law was simply the product of political negotiating to answer constituent demands for some sort of financial legislation to deal with business and personal financial distress, the 1898 law proved to be a balanced, long-lasting law that served the interests of creditors and debtors, and created a sub-specialty of legal practice among creditor and debtor attorneys.

This week we’ll look at the adjustments made to the 1898 law up until its repeal and replacement with the Bankruptcy Act of 1978.

As one commentator noted, the passage of the 1898 law “did not end Congressional infatuation with the Bankruptcy Law.” Rather, Congress, over the course of the next 80 years “tinkered” with the law in an attempt to make it more responsive to the financial needs of the day.

Because the law was a compromise document between legislative leaders attempting to look after the needs of creditors and legislatures championing the needs of debtors, it shouldn’t be surprising that there were several attempts to repeal the law and several attempts to amend the provisions of the law to suit the needs for whichever constituent body a particular congressman had affinity. So southern congressmen spearheaded attempts to repeal the law in 1902, 1903, 1909 and 1910. These repeal attempts were made by legislators who believed that bankruptcy should only serve the needs of debtors, and not creditors. But there was not wide-spread support for repeal, and each attempt failed.

Because the 1898 law was seen, on balance, to favor debtors over creditors, there were attempts made by legislators sympathetic to creditors to “toughen” the statute. In 1926 Congress amended the 1898 Act to add acts by debtors that could lead to denial of discharge and added categories of debts that were excepted from discharge. The penalties for bankruptcy fraud were strengthened in 1926, also.

In the late 1920's and early 1930's, creditor groups lobbied Congress to impose some form of repayment requirement on debtors who had the ability to pay something on the debt owing at the time a bankruptcy case was filed. However, with the coming of the Great Depression, these attempts went nowhere and with the election of Franklin Roosevelt in 1932, and with his election the implementation of the New Deal, creditors largely gave up the fight to require payment by some bankruptcy debtors.

The Great Depression. With the Great Depression in full grip of the United States economy in the 1930's, Congress acted to give priority to the ability of debtors, both individuals and companies, to reorganize themselves. In 1933, Congress authorized bankruptcy reorganization (called composition) for a wider group of individuals, as well as farmers and railroads. In 1934 Congress passed a law allowing corporations to restructure, and allowing municipalities to reorganize. When the United States Supreme Court found the municipal bankruptcy law to be unconstitutional, Congress passed another version in 1937, which the Supreme Court found to be constitutional.

The passage - and permanence - of the 1898 law allowed a bankruptcy bar to come into being. Attorneys representing both creditors and attorneys were able to “shape” the 1898 act, through the appeal of lower court decisions, allowing appellate courts the ability to interpret the provisions of the 1898 law.

The Great Depression led to the realization that academic study of the United States bankruptcy system, not simply the legal work done by lawyers and judges, was necessary to adapt the 1898 law to the realities of the economic collapse of the late 1920's and the 1930's in the United States. Out of this need came the formation of the National Bankruptcy Conference in 1932. In addition, during the 1920's and 1930's, associations such as the National Association of Referees in Bankruptcy, the Commercial Law League of America, and the National Association of Credit Men were formed to advocate the interests in bankruptcy of their members.

The confluence of 40 years of bankruptcy litigation and appellate decisions, the work of the National Bankruptcy Conference and the advocacy groups representing the various stakeholders in the bankruptcy “system” led to the introduction of a bankruptcy reform bill by Congressman Walter Chandler in 1936. The bill was designed to update the process and administration of bankruptcy in the United States. The bill was subject of extensive congressional hearings in 1937 and 1938, and in 1938 the bill, known as the Chandler Act, became law.

The Chandler Act gave definition to the Bankruptcy Court system as a part of the Federal Judiciary, and the Act’s administrative provisions were crucial to the administration of the courts for the next 40 years. But the real impact of the Chandler Act was to unify the various amendments that had been made to the 1898 Bankruptcy Act in such a way that all federal bankruptcy law would be contained in one statute.

The Chandler Act took the various amendments that had been made in the five years previous, and organized them into “chapters.” The act created Chapter X for large corporate reorganization, Chapter XI for “arrangements” - a flexible plan that allowed both natural persons and small businesses to propose settlement of debt with creditors through property liquidation or surrender, Chapter XII for real property arrangements and Chapter XIII for a “wage-earner” repayment plan.

The Chandler Act was the first comprehensive reform of the 1898 Act, coming 40 years after the 1898 Act became law. The law, with the Chandler Act amendments, would function for another 40 years until Congress, dealing with the new economic models of the post-war society, repealed and replaced the law with the 1978 Bankruptcy Act. We’ll look at that next week.