When Can A Bankruptcy Case Be Filed 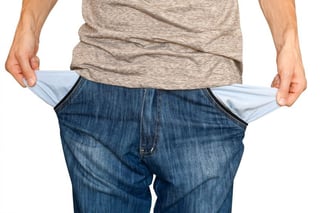 The past two weeks I’ve written about the Bankruptcy Code’s provisions that govern who can file a bankruptcy case and in what state a bankruptcy case may be filed. I looked at the definitions of who may be a debtor - and noted the differences between the very inclusive chapter 7 and the much more exclusive chapter 13. I discussed the venue of a case last week - and noted the requirements in Title 28 of the United States code that governs venue of a bankruptcy case: residence, domicile and the existence of the principal place of business and/or the location of the principal assets of a business.Today I will look at the provisions of the bankruptcy code and Title 28 that tell us when a case can be filed. When we discuss these issues, we’re really looking at two issues: has a debtor lived in the district for a sufficient period of time to file a bankruptcy case and if a bankruptcy case is filed, is there a reason that the debtor would not receive a discharge because of the debtor having filed a previous bankruptcy case?

Last week, in discussing venue, we touched on the venue requirements for a bankruptcy case found in Title 28, section 1408 of the United States code. I mentioned the time period component of section 1408, but spent most of the blog concentrating on the venue statute’s provision allowing a bankruptcy case filing in a state where the debtor’s principal place of business is located and/or the state in which the debtor’s principal assets are located. Discussing the principal place of business/principal asset provisions of section 1408 are, I think, good to know. But the reality of most bankruptcy practices is that we typically don’t meet with potential bankruptcy clients in situations where the debtor has assets located in other states or has a business located in a different state. While not unheard of, it is, in fact, very rare that a potential bankruptcy client has multiple-state assets holdings and/or a business owned in another state than the state in which the debtor lives.So while good to know, I guess, that a Florida resident can file a bankruptcy case in Minnesota, theoretically, the truth is for most people facing filing a bankruptcy, the choice of state in which to file is not a concern.

In most cases, we’re simply counting days to see which of two states the debtors lived in for the past six months. And venue is proper in the state in which the debtor resided for 91 days. But that’s assuming that the debtor only lived in two states, not more than two. For the “two-state” debtor, the choice (and the math) is clear: Whichever state the debtor has been in for 91 days or more at the time the bankruptcy case is planned to file is the correct state for venue.That’s the generic advice that a potential bankruptcy debtor should be given. In reality, when clients meet with me to discuss filing a bankruptcy, they rarely have the financial ability to file a bankruptcy case in a state other than Minnesota, if the debtors are currently living in Minnesota, since the debtors would have to add the cost of travel to and from the “old” state in addition to the cost of filing a bankruptcy case. So for most debtors with financial problem, the 180 day requirement means that they might have to wait for a certain period of time to lapse before filing the bankruptcy case

the 91-Day Requirement - What It Really IS

For many potential clients, there can be an issue of when does the 180 day clock start? For many people, the move was not “linear:” He or she didn’t move in or move out completely; rather the move was accomplished a little bit at a time. So what do we look at when we talk about when the client began to reside or have a domicile in Minnesota?
First, clients need to know that while the law speaks about a 180 day residence requirement, the truth is we’re really talking about 91 days (in most cases), not 180, since the law allows filing in the state in which the debtor has spent the “longer portion” of 180 days. In the rare instance in which a debtor has lived in more than two states, then the proper state for venue is the state in which the debtor has resided the longest.

With respect to the residency issue, our clients are going to be given extremely conservative legal advice. The marks I look for are fairly straight-forward: when did the post office receive a mail forwarding order? When was an apartment or rental home lease signed? If the debtor is a homeowner, when did the real estate sale close? Has the debtor changed her drivers license from the “old state” to Minnesota?

These are all simple, common-sense signs that a person has “landed” in Minnesota and that person intends to remain.
One point people should be clear about is this: when a married couple is considering filing, both spouses do not need to satisfy the 180 day requirement. So if one spouse has “gone ahead” and established a residence, the clock starts ticking when the first spouse is established in the state.
Can a "repeat filer" receive a discharge?

The bankruptcy code contains these provisions to restrict the number of times a person can file a bankruptcy and receive a discharge. Congress wants to have bankruptcy relief made available to the general consumer population, but does not want the statute used frequently by the same debtors.

You should know that the Bankruptcy Court judge also has the right to issue an order that prevents a specific individual from filing a bankruptcy case for a period of time set by the court. So the Code provisions are not the only way that a person who is a repeat bankruptcy filer can be prevented from filing a case. Anyway - let's look at the code provisions.

Section 1328(f)(1) provides that a chapter 13 debtor cannot receive a discharge if the debtor received a discharge in a chapter 7 case that was filed less than four years before the present case was filed.

The two year "wait" required by section 1328(f)(2) is difficult to fathom.  The bankruptcy code requires that all chapter 13 plans propose payment over a minimum of 36 months in order to be confirmed by the bankruptcy court.  Only confirmed cases can be discharged.  The only way that a confirmed case will be discharged prior to the completion of the 36 monthly payments is if the chapter 13 plan has paid 100% of all allowed unsecured claims before the 36 month time period has expired.  In the real world, this type of outcome is extremely rare.  Almost all debtors need at least 36 months to just pay a fraction of what they owe to their unsecured creditors.

Perhaps the best way to understand what was going on with Congress when 1328 was passed is to understand that legislative aides and lobbyists are responsible for many of the provisions of the bankruptcy code that were significantly changed when the Bankruptcy Code was amended in 2005.  The aides and lobbyists probably did not have a firm grasp on the way that bankruptcy law operates, and they may have thought that the new provisions relating to the time bar on case filings are dated from the day the bankruptcy petition, schedules and statements were filed, not from the day the debtor received a discharge in the previous case.

But bankruptcy court judges have been clear: the time period runs when a case is filed, not from the date of the debtor's discharge.  So the result of the provisions of 1328(f)(2) is that a chapter 13 filed can receive chapter 13 discharges if cases are filed immediately after a chapter 13 debtor receives a discharge in a just-concluded case.

One of the policies that Congress sought to enact when it passed the changes to the bankruptcy code in 2005 was to eliminate the practice of bankruptcy lawyers filing what were referred to as "chapter 20" bankruptcies.  There is no  chapter in the Bankruptcy Code.  Rather, chapter 20 referred to a debtor with significant debt issues - such as back tax obligations or overdue child support arrears, along with other, more commonplace debt, such as credit card debt or medical debt from filing a chapter 7 case and receiving a discharge on credit card or medical debt, then immediately after receiving a chapter 7 discharge filing a chapter 13 case to propose payment of the back taxes or the child support arrears.  Because there were no general unsecured debts to pay in the chapter 13 half of the chapter 20, the chapter 13 payment could be smaller than it would be if the chapter 7 case wasn't filed.  And since chapter 13 has a jurisdictional "cap" on how much unsecured debt is owed, some chapter 20's were filed to "qualify" a debtor for a chapter 13 case.

The secret is that while a repeat filing that runs counter to 1328 will result in the denial of a discharge, filing a case that cannot result in a discharge is not grounds to dismiss the case.  So the debtor can still pay off the stubborn debt, not discharged in a recent chapter 7, while in a chapter 13.  The lack of a discharge is a trivial matter to people in this situation.  So chapter 20 lives, despite the best efforts of Congress.

That's enough about the "when" of filing a case.  Next week let's take a look at changing directions in your bankruptcy case.