What Does A Minnesota Chapter 7 Bankruptcy Trustee Do? 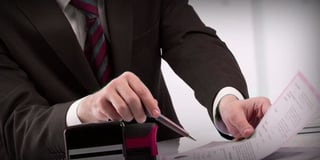 WHO IS A CHAPTER 7 TRUSTEE?

WHAT DOES A CHAPTER 7 TRUSTEE DO?

1) Collect and reduce to money assets of the chapter 7 bankruptcy estate as expeditiously as possible and close the estate.

If debtor was not able to exempt an asset or if trustee objects to an exemption and the bankruptcy court sustains that objection, the estate then owns the non-exempt asset. Once it is settled that the bankruptcy estate owns the non-exempt asset, the chapter 7 bankruptcy trustee is charged with reducing that asset to money. How do they do that? They sell the asset. When they sell the asset the trustee holds the money in trust for the creditors of the estate.

To best illustrate this, let’s use an example. Let’s assume Ted has 100k in credit card debt. Ted owns a home free and clear and it’s worth 175k. Ted also owns furnishings, clothing a $500.00 car, a 401k, and he also owns a condo in Florida worth 30k and there are no liens against it.

Ted would exempt his interest in his home, furnishings, clothing, car, and 401k. The trustee does not object to these exemptions so on the 31st day after the meeting of creditors, Ted owns these assets and none of his creditors can take them. His exempted assets come out of the bankruptcy estate. Ted’s condo is a different matter. Ted has no way to exempt the condo so he doesn’t exempt it.

Without exempting the condo, the condo remains in the bankruptcy estate. The trustee must liquidate the condo and reduce it to money. So, the chapter 7 trustee puts it up for sale, after costs of sale, nets 26k. Trustee puts that money in trust for the benefit of the estate’s creditors who will receive 26k spread out to creditors pro rata. What ever is not paid off gets “discharged” or wiped out.

Ted’s creditors would receive 26k and 74k of his credit card debt would get discharged. In most chapter 7 bankruptcy cases, debtors do not lose any assets. In most cases, debtors assets are all exempt and so on the 31st day after the meeting of creditors, these exempt assets come out of the bankruptcy estate, and no assets remain for the trustee to liquidate.

2) TO BE ACCOUNTABLE FOR ALL PROPERTY RECEIVED

Chapter 7 trustees are strictly accountable for all property received in the Chapter 7 Bankruptcy estate. They hold all assets “in trust” for the benefit of the estate’s creditors. If the chapter 7 trustee’s accounting methods are sloppy or consistently off, they will not be a chapter 7 trustee very long.

The accounting that goes into a traditional non exempt asset estate is extensive and every penny is accounted for. When the check book is off, trustee’s can expect to receive a phone call from the US Trustee’s Office.

3) ENSURE THAT THE DEBTOR COMPLIES WITH THEIR DUTIES

The code says the trustee shall make sure debtor complies with her stated intentions with respect to secured debts. If the debtor states on their statement of intention that they will surrender their car or house, they should do it. If debtor says she will reaffirm her car, she should do it. The enforcement of this has been reduced to the trustee handing the debtor a piece of paper at the 341 meeting where the trustee says you should comply with your stated intention. There is no other teeth to this other than that. Most chapter 7 trustees do no believe it is their job to police whether debtor has or has not complied with their statement of intention.

Of course, trustees also oversee compliance with many other aspects of the Chapter 7 Bankruptcy process as well.

4) INVESTIGATE THE FINANCIAL AFFAIRS OF THE DEBTOR

When a debtor files for chapter 7 bankruptcy, they must file with the court a series of bankruptcy schedules that lay out the debtors assets and debts. These schedules are signed under penalty of perjury and must be complete, accurate, and correct. Failure to file accurate schedules with the court can result in the debtor losing his discharge.

In a normal case, there is no other investigation other than what is stated above. Trustee’s rely on verified schedules to paint an accurate picture of the debtors financial situation. I have never had a trustee follow anyone in the meat department or go to debtors home and take an inventory themselves.

There are instances where trustees need to send agents to pick up non exempt assets and bring them to auction, but even this is not the normal case.

With the above said, trustee’s powers to investigate debtor’s financial circumstances are broad.

The Bankruptcy Code does list a number of circumstances where debtor can lose their discharge. If the trustee believes the debtor does not qualify for a discharge, the trustee will oppose debtor’s discharge or seek revocation of a discharge already granted.

Bankruptcy Code Section 727 lists a number of reasons why a debtor might lose their discharge. The saying in bankruptcy is the honest debtor deserves relief. Obviously, the corollary is the dishonest debtor does not deserve relief.

If the debtor has transferred or concealed or otherwise fraudulently transfers or destroys property of the bankruptcy estate, debtor can lose their discharge. This is true whether the transfer took place before or after the chapter 7 bankruptcy case was filed.

Debtor can lose their discharge if debtor fails to keep, destroys, or mutilates records from which debtor’s financial condition can be ascertained.

Much of the discharge litigation stems from debtor’s who knowingly lie under oath. Occasionally, we see debtors who get confronted by the trustee who hears from a third party about an asset the debtor might own. Instead of acknowledging the omission, debtors sometime choose to deny ownership of the asset fearing they will be in trouble for not including the asset on their schedules.

While Chapter 7 Trustees have broad authority under Bankruptcy Code Section 704(a)(1) to reduce assets of the chapter 7 bankruptcy estate to money, there are limits to their powers and behavior. Trustee’s who lose “disinterest” and become self-interested in a case to the detriment of the unsecured creditors may lose their right to remain a chapter 7 trustee on the case.

Certainly, any trustee who self deals or incurs expenses that are not deemed related to the expenses of administering the assets of the estate, risk being removed from the case as a trustee and risk removal from the panel of chapter 7 trustees.

There are cases where trustee’s went to conferences out of state and brought their entire family asking the estate to pay for not only the trustee’s expenses but expenses for his wife and children too. Like debtors, trustees need to be policed too to make sure the integrity of the system remains intact.

Folks- this is not difficult. The honest debtors can file a Chapter 7 Bankruptcy and get a discharge. You do not have to fear a Chapter 7 Trustee. They have a job to do and their job is described above. Their job duties are defined by the code and therefore they must perform their job duties to the best of their abilities.

We like to make the life of the trustees easier by providing complete and accurate schedules. We provide information to the trustee’s office in advance of your hearing with them. In short, making the work of the trustee easier will benefit the client who doesn’t want problems after filing a bankruptcy. Trustees appreciate cooperative counsel who knows the rules and plays by them.

If the schedules are completed correctly and there are no omissions, the Chapter 7 Bankruptcy process is not that difficult. The difficulty we see is when schedules get filed that are not well thought out and hastily filed. When the schedules are replete with omissions and incorrect information, there will be troubles in paradise.

That is why it is so important to hire competent local counsel. Never hire out of state companies or Law Firms who do not work with you personally but instead hire local counsel to show up with you at the last minute.