What is a Priority Creditor? 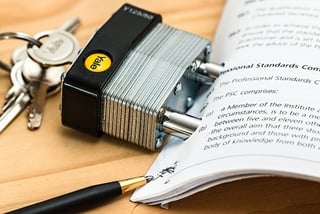 When the lawyers at Kain & Scott file bankruptcy cases, one of our jobs is to “classify” debt. There are three classes of debt in bankruptcy cases: unsecured, secured and priority.

The first two types of debt are fairly easily understood. Unsecured debt is debt for which the debtor has not pledged collateral. Common types of unsecured debts are credit and retail charge accounts, doctor and lawyer bills, and open lines of credit with banks. If a person defaults on an unsecured debt, the creditor can sue the debtor to obtain a judgment. Execution of a judgment can result in wage garnishment or a bank levy. But the creditor is not entitled to repossess property - the creditor does not have a security interest in the debtor’s property.

Secured debt is debt for which the debtor did pledge collateral. Common types of secured debts are car loans and home mortgages. In the event of default on a secured debt, the creditor has the ability to foreclose on a home loan or repossess a vehicle.

But what about priority debt? What is it, and how do the bankruptcy chapters deal with it? That’s what we’ll look at below.

What is Priority Debt?

The easiest way to understand the concept of priority debt is this: Congress has decided there are some types of debt that should be given special status so that in a bankruptcy case, the holders of priority debt receive payment before any other unsecured creditors. That’s the essence of priority creditors - they get paid first. In chapter 13 cases, in order to get a repayment plan confirmed, the debtor must propose to pay all priority debt in full.

Chapter 7 cases are different, since there are commonly no payments going to a chapter 7 trustee by the debtor, and in most cases, there are no non-exempt assets for the chapter 7 trustee to liquidate. But if there is money coming into the bankruptcy estate due to the liquidation of non-exempt assets, or the avoidance of preferential payments or fraudulent transfers, priority creditors are paid in full before any other creditor gets paid. In chapter 7 cases, there may not be enough money to pay all non-priority creditors what the creditors are owed. To deal with cases like that, there is a priority list priority creditors.

At the top of the heap domestic support obligations - child support and spousal maintenance. If a bankruptcy debtor in an asset bankruptcy has assets that will be liquidated, the ex to whom the debtor owes back child support or back alimony gets paid, in full, before anyone else gets paid.

The policy reason behind placing child support at the top of the priority list is clear: Congress has to expend tax dollars for assistance programs for the children of single parents when child support is not being paid. So capturing as much child support as possible is good for taxpayers.

Second in line is the administrative costs of administering an estate. Chapter 7 trustees may have to hire accountants to examine financial documents, or in some cases, prepare tax returns. Or a trustee has to hire someone to retrieve non-exempt assets and take them to an auction. The costs of these supporting services get paid second in line, after domestic support obligations, when there is a dividend paid in a chapter 7 case.

In fourth place among priorities are earned, but unpaid wages and commissions of employees of the bankruptcy debtor. Again, this is an understandable policy decision adopted by Congress: people who earn wages should be paid wages. But there are restrictions on this priority debt. First, the “look-back” period for wages is 180 days prior to the bankruptcy case being filed. So wages or commissions earned long ago aren’t priority debts. Second, there’s a cap on how much can be owed. The “priority amount” of back wages is $12,850.

The fifth priority is for amounts owed for employee benefit plans by employers who file bankruptcy. So contributions to a retirement plan, HSA or account, owed by a business owner who files bankruptcy, is a priority, for the same reason that unpaid commissions and wages are a priority. And, as is the case for wages, there is a period and dollar limit. It’s the same as wages - 180 days and $12,850.

The sixth priority is a testament to the lobbying power of the agricultural and commercial fishing lobby. Farmers are entitled to a priority claim against elevator owners who owe farmers money or crop for the grain, or the proceeds of the sale of grain.

It’s the same story for commercial fishermen who are owed money by the owner of a fish produce storage or processing facility. There’s a dollar limit for this priority, also: $6325. As I said, I’m not sure why this is a priority debt other than the fact that these people have good lobbyists.

That’s enough about priorities for this week. Let’s look at some more priority debt in my next blog.