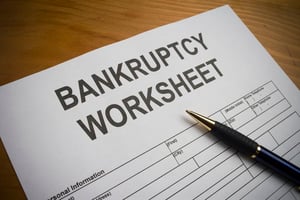 Preferential transfers to creditors may be avoided under Section 547(b) of the Bankruptcy Code, if the transfer was made on or within 90 days before the date of the filing of the petition. In a Chapter 7 case, the appointed trustee steps into the debtor’s shoes, taking control of the debtor’s assets and seeing that every effort is made to enhance the estate for full distribution to the creditors. The Chapter 7 trustee increases the assets of the estate by avoiding a preferential transfer.

But the avoidance of the transfer also increase the liabilities, because a claim arising from the recovery of the funds from the avoided transfer is treated under section 502(h) of the Bankruptcy Code as a prepetition claim. Thus, the increased liabilities balanced against the augmented estate assets might result in no increased net distribution for the unsecured creditors, even under a Chapter 7.

In a Chapter 13 case, the debtor pledges a portion of his future income to his creditors. Even if preferences are recoverable, the creditors do not share in the recovered assets. Their share is derived solely from the debtor's future income.

The value of recoverable transfers in a Chapter 13 case has significance only in connection with the so-called best interests test under Code § 1325(a)(4) for confirmation purposes.

It might be argued that an avoided preferential transfer would enhances the estate, so a creditor in a Chapter 7 would receive a greater distribution because of the voided transfer. However, if the unsecured creditors could receive more under Chapter 7 than under the proposed Chapter 13 plan, such plan could not be confirmed for lack of compliance with Code § 1325(a)(4).

Frequently preferential transfers are avoided in Chapter 7 cases without any dividends available for distribution to unsecured creditors. Recoveries are often consumed by the administration expenses, and allowed priority claims. In a chapter 13, the advantage for the creditors is to increase the amount the debtor proposes to pay his creditors under the plan, not to void the transfer.

Payments made to creditors in the 90 days prior to filing maybe considered preferential payments and thus, avoidable by the Chapter 7 trustee or result in an increase in the proposed payment to creditors in a Chapter 13 bankruptcy. Contact the attorneys at Kain and Scott and see us at www.kainscott.com. You will glad you did!