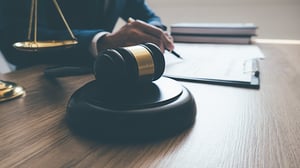 In the last post, we discussed The Bankruptcy Act of 1898 and its new focus on the wellbeing of debtors, rather than solely as a remedy for creditors. Previously, we had discussed the prior bankruptcy policies in America: the bankruptcy acts of 1800, 1841, 1867, and 1898. Let’s use this post to recap some of those policies and put them in context.

The policy passed in 1800 was not the most rash of all those discussed so far. Though the constitution vested power in Congress to legislate “uniform laws on the subject of Bankruptcies,” they waited 10 years to do so, leaving states to create a tapestry of different policies. The federal policy’s preference for creditors was obvious on its face and was a flagrant signal that debtors come second, if not last. Perhaps that makes sense in light of the young independent American economy and America’s dominant concern with “freedom.” Still, American bankruptcy prevented debtors from being jailed.

The following two policies were all more reactionary.  The 1841 policy came in reaction to the financial panic of 1837, which though stemmed from many factors, they all can be fairly linked to the lack of a central banking system (perhaps we will go into that development in another post). The 1867 policy came in reaction to the civil war and the resulting economic crisis, though those conditions are both out of scope for this post and hopefully obvious.

Finally, the Bankruptcy Act of 1898 had a more well-conceived and authorial quality, due to its composer Senator Knute Nelson, who (fun fact coming in hot) was elected Minnesota Congressman, Senator, and Governor over the course of his political career. Though his rationale is not explicitly stated, the Nelson Act established the idea of debtor creditor relations, and was a well-conceived piece of legislation that smoothed out the happenings between them.

In summary, and perhaps unsurprisingly, the more reactionary policies had the least longevity. That will lay the groundwork so we can proceed into bankruptcy history the 20th century with a good understanding of policy rationales and historical context. If you are interested in the history and philosophy of the economy, bankruptcy, and debt, stay tuned for my blog posts. And, if you are thinking about filing, reach out to us at www.lifebacklaw.com.