Non-Dischargeable Debts: Debts That won't Go Away in Bankruptcy - Part 3 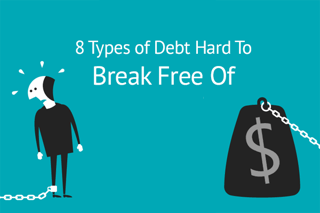 In my last two blogs, I looked at debts that aren’t discharged in a bankruptcy case. Two weeks ago I looked at debts that are never discharged - student loans, most income tax debt, obligations to pay child support or spousal maintenance, to name a few. These debts are presumed to be non-dischargeable in a bankruptcy case. That means that the creditor does not have to bring an action in bankruptcy court to determine that these kinds of debts are not subject to a bankruptcy debtor’s general discharge; if there is going to be a judicial determination of dischargeability, the bankruptcy debtor has to bring the action to determine whether the debt can be discharged in the bankruptcy case, and the presumption is that the debt is not subject to discharge.

Last week I wrote about three types of debts that may not be discharged in a specific case. These are debts that are incurred by a debtor taking cash advances from a credit card totaling $950 or more within 70 days prior to the debtor filing a bankruptcy case, luxury purchases totaling $675 or more within 90 days of filing, and debts that are incurred by fraud. For these three types of debts, the creditor has to bring an action in a timely manor, the debtor must prove that he or she intended to pay back the charges/cash advances at the time the activity took place, or, in the case of a dispute regarding luxury purchases, that some of all of the purchases were not, in fact, luxury purchases for the purposes of the statute.

It’s important to note Congress deliberately did not narrow who the creditor can be in carving out this exception to discharge. The statute refers to an “entity,” not a person. Under the Bankruptcy Code’s definition section, the term entity refers to a “person, estate, trust, governmental unit and United States Trustee.” So the scope of who can be a creditor in under this statute is broad; however we are almost always talking about an injury to a person or to the property owned by a person.


The next question is what type of behavior falls under the willful and malicious injury standard. For almost one hundred years, courts held that an intentional act which results in a foreseeable injury, fit the definition of willful and malicious, and thus rendered a debt non-dischargeable. However, in 1998, the Supreme Court held that not only must the act be intentional, the debtor must intend an injury, also, even if the exact injury was not what the debtor intended. This court decision, 18 years ago, narrowed the scope of 523(a)(6), which results in fewer actions being brought to except a debt like this from discharge.

Here’s what is not discharged in either a chapter 7 or chapter 13 case:

People considering chapter 13 to discharge debt that is not dischargeable in a chapter 7 case should be cautioned, though: it is a requirement of chapter 13 that cases by filed by the debtor “in good faith.” Good faith requires that chapter 13 debtors be honest about the facts of their case, and not use chapter 13 to escape the payment of obligations imposed by other courts without first making a good faith effort to comply with other court orders.