How Often Can You File Bankruptcy In Minnesota? 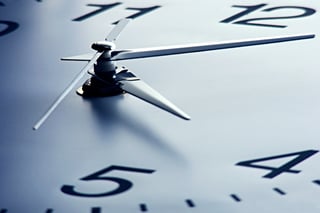 Legally, people in Minneapolis can file bankruptcy as many times as necessary. There are no filing limits. Multiple filings do have some adverse consequences, as set out below. However, this fallout is not as bad as some people think it is.

Besides, if properly done, bankruptcy is usually a once-in-a-lifetime proposition. A voluntary petition is a fresh start in almost every sense of the phrase. Actor Gary Busey, who is well-known for his “Buseyisms,” may have put it best in the wake of his own 2012 filing. He described bankruptcy as Bringing A New Knowledge Regarding Understanding Past Tribulations Concerning Yourself. That’s a very long way of saying that you have the power to reverse your financial fortunes, even though the filing itself was probably not your fault.

Apropos of nothing, the actor listed two teepees, an old bull’s head, old moccasins, a broken pellet gun, and three hundred VHS tapes among his assets. His filing also noted that he “might owe money to a woman named Carla Loeffler.” Busey allegedly assaulted her at a Tulsa airport in May 2012.

Bankruptcy is a shield and not a sword. It’s a way for distressed debtors to obtain shelter from relentless moneylenders. Bankruptcy is not a tool that people can use to repeatedly frustrate their creditors in order to avoid payment.

Section 362(c)(3) of the Bankruptcy Code reflects this idea. If the Minnesota debtor has filed one case in the last twelve months and did not receive a discharge, the automatic stay in the subsequent bankruptcy only lasts thirty days. The judge will extend it if the debtor:

Judges almost always grant these motions unless there is clear evidence of fraud. Usually, judges don’t even require hearings. At Kain & Scott, we usually attach motions to extend to voluntary petitions. So, the automatic stay often lasts until the date of the debtor’s discharge, even if the case is the second case filed in a year.

If there is more than one file-and-dismiss within the last year, there is no automatic stay unless the judge grants a motion to extend. As a general rule, motions are much harder to win under these circumstances. There’s a subtle presumption in the law that such debtors are “serial filers” who are trying to abuse the system.

The automatic stay prevents creditors from taking adverse action against debtors while the case is pending. Adverse action includes things like harassment, foreclosure, repossession, and wage garnishment. Moneylenders can circumvent the automatic stay, but only in rare cases and only with the specific permission of the judge.

There’s also a lingering concern that some Minneapolis debtors spend recklessly to live ostentatiously and then file bankruptcy when the bills come due. That may be true in a very small number of cases, but this attitude certainly is not widespread. Nevertheless, the law limits the number of discharges that a person can obtain. Strap yourselves in, because the rules are a little complicated.

The rules get even more complicated if there are questions as to the filer’s identity. For example, sometimes a spouse files bankruptcy or John Smith, LLC files bankruptcy. Judges often see such tricks as bad faith.

Good faith is very important in multiple filing situations. If the Minnesota judge smells a rat, s/he can dismiss a bankruptcy with prejudice. Debtors who willfully disobey court orders or file voluntary dismissals immediately after moneylenders request relief from the stay cannot file again for six months. If the judge suspects fraud, an even longer bar often applies.

Getting Out of the Bankruptcy Trap

At Kain & Scott, we believe an ounce of prevention is worth a pound of cure. Eliminating the need for future filings is the best way to deal with these restrictions. So, we offer free credit repair to help our Minneapolis clients get out of the bankruptcy trap. Here are a few tips that often come up in this process:

Typically, bankruptcy falls off credit reports after either seven or ten years.

Repeat filers face some additional hurdles, but it’s almost always possible to overcome them. For a free consultation with an experienced bankruptcy attorney in Minneapolis, contact Kain & Scott. Convenient payment plans are available.