How Does Bankruptcy Affect Foreign Debt? 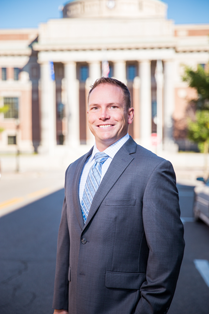 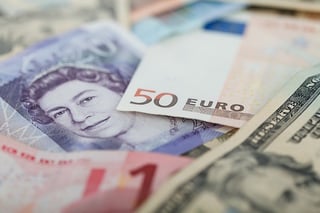 Here in Minnesota, it’s not unheard of to have clients who are either from Canada or frequently move back and forth. Sometimes clients will come to us with questions regarding their foreign debt. When I say foreign debt, I’m referring to debts which were incurred outside of the United States. So, what happens when someone incurs a debt outside of the United States and then moves here? Well, unlike debts which are recognized across state borders, international debts are generally not collectible.

The biggest problem creditors run into with collecting on debts which originated outside of the United States is enforceability. In order for a creditor to collect on a debt, the debt must be validated in the state in which the debtor lives. So, if you live in Minnesota and a creditor is trying to collect on a debt against you, the creditor must validate the debt in Minnesota. This is why if a creditor validates the debt in a state in which you no longer live, they must re-validate the debt in your new state. For instance, if you have a judgment entered against you in Nebraska for a debt you owe, but then move to Minnesota, the creditor will need to re-validate the debt in Minnesota in order to enforce the judgment. Here in the United States, a debt in one state can be recognized as a debt in another state, if the creditor validates the debt with the court in the state the debtor lives. However, this does not hold true for foreign debts.

Although you’re likely protected from foreign debt collection here in the United States, the creditors can still collect against you in the country of origin, subject to the respective collection laws of that country. With that said, if you intend on returning to the country in which the debt was incurred, you may be subject to collection in the future. However, are likely protected from that debt while you’re in the United States.

Also known as “liquidation bankruptcy”, Chapter 7 provides financial relief by eliminating liability for most debts. The process is fairly short – four to six months. There are only a few meetings that you have to attend and there is minimal work on your end. We will do most of the work for you and will discuss your case with you in detail prior to filing your petition with the court.

There are certain requirements that must be met in order to qualify for a Chapter 7, but our experienced MN Bankruptcy Attorneys can help you determine whether or not you qualify. Although referred to as the liquidation bankruptcy, most of our clients do not lose assets when filing a Chapter 7. There are many laws in place which are designed to protect you. And, if your situation presents the need for additional steps to protect your assets, we have you covered. We can protect most, if not all, of your assets by filing a Chapter 13 in the event you have assets that are not protected in 7.

Best described as a debt consolidation plan, Chapter 13 allows debtors to file bankruptcy and receive protection from their creditors. Through a Chapter 13, debtors pay off a portion of their debts through monthly payments over a three to five-year plan.

Chapter 13 is beneficial for a number of reasons. Most notably, you receive protection from your creditors while being able to protect all of your assets. Chapter 13 relief allows for repayment of mortgage arrears and taxes. Additionally, Chapter 13 provides you protection from other unsecured creditors.

If you have foreign-based debt and have questions about how bankruptcy may or may not help, please contact one of our experienced bankruptcy attorneys for advice. We can explain to you the benefits of filing bankruptcy and what life looks like after filing.