How Can I Keep My Family Out Of My Bankruptcy? – Part 2 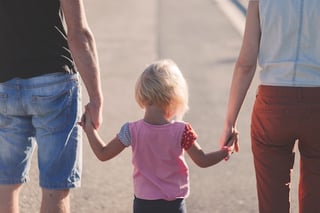 I’ve been writing about the interaction between a bankruptcy debtor and the debtor’s relatives for the past three weeks. During that time, I’ve looked at the complications that can arise from having relatives involved in a debtor’s financial affairs - and how almost every debtor who has been my client very much wants to keep family members from getting entangled in the debtor’s bankruptcy case.

In last week’s blog, my concentration was on how preferential payments are resolved with the chapter 7 bankruptcy trustee - and in that blog, I assumed an outcome where the chapter 7 trustee would be paid by the debtor, or, in rare cases, by the relative who received the payment from the debtor.

This week, I will write about the steps a debtor can take to avoid having to pay the chapter 7 trustee at all after a preferential payment has been made. In other words, what defenses are available for the relative of the bankruptcy debtor that would prevent the trustee from being able to collect the preferential payment?

Argue that the payment was a contemporaneous exchange of value

Section 547 of the bankruptcy code prohibits the chapter 7 trustee from recovering a payment made by a bankruptcy debtor to a relative if the payment was, in fact, made contemporaneously to the debtor receiving something of value from the relative.

Preferential payments to relatives are almost always repayment of private loans. So in order to have a contemporaneous exchange of value in this situation, the turnaround on the loan has to be quick. One example from my own practice is my client, who borrowed my attorney fees from her sister so she could file her case as quickly as possible. The understanding between my client and her sister was that she would pay her sister back when she received her tax refund. My client received her tax refund five days after she borrowed the money from her sister, and repaid her immediately - and two days prior to her case being filed. The amount borrowed, and repaid, was more than $600, so the chapter 7 trustee had an interest in the repayment. But when we documented that it was roughly a week the time the money was borrowed and the time it was repaid, the trustee agreed that the exchange of value was substantially contemporaneous.

In most other cases, though, to win an argument with a trustee by using the contemporaneous exchange of value defense, the relative must show that there was a transfer of money or property to the bankruptcy debtor at the same time, more or less, as the relative received payment. So the sale of a vehicle, furniture or some other personal property between relatives is probably not a problem, as long as the relative can show that the money was received at about the same time as the property was sold.

Some loans between relatives have vague repayment terms - “pay me when you can” is a typical understanding between lenders and borrowers who are related. But not every private loan is like that. In some cases, relatives have a signed promissory note memorializing the and a set monthly repayment schedule. In cases where there are regular monthly payments being made, a relative may have a defense against a chapter 7 trustee’s action to recover the preferential payment, provided the relative can show the payments were made per a formal repayment agreement, and the debtor made regular payments.

The bankruptcy code provides a defense to preferential payments if the payment was made in the ordinary course of the debtor’s and the relative’s business. Certainly the existence of a written loan agreement and regular payments strengthen the defense. The question in cases like this is whether a private loan between relatives is really in the ordinary course of the relatives’ business (provided the relative doesn’t lend money for a living). The defense is there, but bankruptcy debtors and their relatives should know that a chapter 7 trustee may not buy the defense.

Argue that new value was given after the preferential payment

The new value defense is the easiest for the relative to assert with an assurance of success. So in a situation where a bankruptcy debtor has repaid, say, $1000 to a relative and now must file bankruptcy, that preferential payment can be defended if the relative, prior to the debtor filing bankruptcy, re-lends $1000 to the debtor.

It is critical to this defense that the transaction is documented - that there are bank records showing the re-deposit of funds. But if a debtor can do so, the debtor’s relative will not have to turn over the previous payment to the chapter 7 trustee. The amount re-lent must be at least as much as was paid back, and the relative must be listed as a creditor in the debtor’s bankruptcy case. This scenario also assumes that the debtor has enough exemption room that the $1000 re-borrowed can sit in a bank account without having to turn it over to a chapter 7 trustee as a non-exempt asset.

Those are the defenses available to a relative in a preferential payment situation involving a chapter 7 bankruptcy. But readers should know there is another option in a case where there has been a preferential payment, but no good defense to the payment is available, and the debtor doesn’t want to expose his relative to from the chapter 7 trustee: file a chapter 13 bankruptcy.

So people with financial problems should be very careful about involving family members in property transfers or loans, but if it happens, consult with a bankruptcy professional, like the attorneys at Kain & Scott for advice as to how to handle these situations.