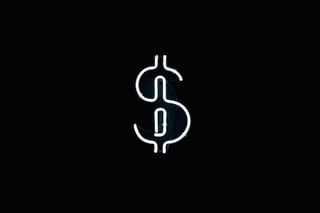 Individuals can also file chapter 11 cases to reorganize their finances, but because of the cost involved, the time and attention needed, and the involvement of creditors, almost all chapter 11 cases filed are filed by businesses. The chapter 11 debtor is in most cases allowed to continue to operate the business - it is uncommon for trustees to be appointed in chapter 11 cases.

One of the features of bankruptcy law is the ability of a bankruptcy debtor currently in one chapter, to convert her case to a different chapter. For instance, a chapter 13 debtor who is having difficulty making her monthly plan payments can choose to change the bankruptcy case from a chapter 13 case to a chapter 7 case. The requirements for conversion are that the debtor is eligible for a discharge in the chapter to which the case is being converted, and that the conversion is being done in good faith.

Good faith means that the debtor is converting the case for the right reasons, and not simply to avoid the payment of income or liquidation of assets to the trustee in the original chapter. For instance, in most chapter 13 cases, when a chapter 13 debtor receives a large income tax refund, a portion of the refund must be paid over to the chapter 13 trustee, or the debtor runs the risk of having his case dismissed. The chapter 13 debtor who wants to retain 100% of a large refund, who decides to accomplish this by converting his case to a chapter 7 runs the risk of having the chapter 7 trustee seek the dismissal of the case, and the denial of the debtor’s discharge for bad faith.

A preferential payment is a payment or payments, in excess of $600 to one individual creditor, made less than 90 days (if the creditor is an unrelated third party) or one year (if the creditor is a relative or a business partner) before a person files a bankruptcy case. If there has been a preferential payment made prior to a chapter 7 case, the chapter 7 trustee can “avoid” the payment by recovering the amount paid from the person or the company that received the payment.

In Chapter 13 cases, the trustee does not recover the payment from the creditor. Rather, the chapter 13 debtor has to propose a plan that pays unsecured creditors at least as much as they would have received in a chapter 7 case where the preferential payment was recovered.

The two-year fraudulent transfer action has defenses to it, also. Most notable is the defense that the debtor was not insolvent at the time of the transfer and that the transfer was made without intent to deceive or defraud creditors. The fraudulent transfer rule allows trustees to avoid almost all transfers that fall within the two-year time period, so it is important for people thinking about filing bankruptcy to let their attorneys know about any transfers.