Wait, What? My Car Can Be Reposessed After Filing Bankruptcy In Eden Prairie MN?! 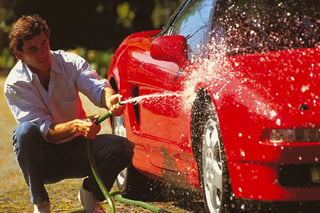 The biggest issue With Keeping Your Car Or House has to do with reaffirmation agreements.

Last week, I wrote that debt in bankruptcy cases is divided into three classifications: Priority unsecured debt, general unsecured debt and secured debt. Home mortgages and car loans are secured debts. As I wrote last week, the legal effect of receiving a bankruptcy discharge is that an bankruptcy debtor’s personal liability on all the debt they own is discharged, assuming the debt itself is not non-dischargeable (such as student loans and child support obligations). However, secured creditors do not lose their security interest in collateral when a bankruptcy debtor receives a discharge. So individuals who file a chapter 7 case need to continue to make house and car loan payments if they want to continue to own their house and/or car.

If A bankruptcy debtor defaults on a payment, the creditor can foreclose or repossess Their vehicle

Usually after your Eagan Bankruptcy Attorney has filed your case and it gets discharged, although if the creditor wants to act faster, the foreclosure/repossession process can be accelerated by the creditor asking for, and receiving a court order from the Bankruptcy Court lifting the automatic stay that protects debtors from collection activity. But foreclosure and repossession is all the creditor can do in the event of a payment default by a bankruptcy debtor. The debtor’s discharge eliminates the ability of a mortgage lender or car lender to seek payment from a bankruptcy debtor whose car was repossessed, or mortgage was foreclosed in the event that the collateral does not sell for enough money following foreclosure/repossession to pay the entire loan balance owing by the debtor.

The inability of secured lenders to receive full payment of the loan balance following foreclosure/repossession is one of the protections bankruptcy offers a person who has financial issues and uncertainty as to whether they can afford to pay secured loans. The inability to pay will likely result in a person losing a home or a car, but the damage stops there - the creditor cannot seek any contribution by the bankruptcy debtor for a shortfall following a re-sale of collateral.
Good for the debtor in this situation, but frustrating for the secured lender, who very often come up short of the loan balance after repossession and sale.

This is extremely common with auto loans, since cars and trucks, unlike real estate, lose value as the cars and trucks get older and acquire high miles. So the Bankruptcy Code has always given secured lenders tools to get their loans paid.

The Bankruptcy Code ALLows For three choices for debtors with secured debt:

Surrender of collateral is straight-forward: The debtor, realizing that he or she cannot afford to continue to pay a secured loan, voluntarily returns the collateral attached to the loan to the lender. The lender can dispose of the collateral through an auction to try to receive some payment on the defaulted loan. After the collateral is sold at the auction, the lender has no other recourse against the debtor. This option allows secured lenders to “cut their losses” by having the debtor surrender the property, and eliminates the expense of doing an involuntary repossession, but the lack of recourse against the debtor can cost the lender money.

Redeeming the collateral is and option for individuals who want to keep the collateral in question, but need help with the size of the secured debt payment. In essence, redemption is another word for refinancing a loan. The debtor seeks out a new lender, finds terms that are easier to pay than the existing loan and closes the loan transaction. The original creditor gets cashed-out of the loan and the debtor is able to keep the collateral with a more affordable payment. Redemption can be a “win-win.”

The problem with redemption that i have seen in my years as a Bankruptcy Lawyer in Eagan is a practical one. Bankruptcy debtors, shortly after a bankruptcy case is filed, normally are not going to have the kind of credit score that enables a lender to extend credit at favorable terms. In almost every case, the interest rate on the original loan is lower than the interest rate available to bankruptcy debtors after a case is filed. So there is very little benefit to debtors to refinance loans, even if a lender is willing to refinance. So while getting cashed out of a loan is an acceptable result to lenders, it is unlikely to happen because of the cost of refinancing for debtors.

Reaffirmation of loans as perhaps the most feasible option available for lenders to recoup the value of a secured loan. With reaffirmation, a debtor that would otherwise have their personal liability on a loan discharged through the normal course of a bankruptcy instead “reaffirms” the debt - and by doing so, reinstates the personal liability the debtor has on a secured loan. So if a bankruptcy debtor signs a reaffirmation agreement, and subsequently defaults on payments, the lender can repossess the collateral and if there is a deficiency on the loan balance after the collateral is sold, the bankruptcy debtor is now personally liable to pay the deficiency to the lender. So the debtor who otherwise would not have to pay the deficiency without having reaffirmed the loan, now must. And because the Bankruptcy Code provides that an individual cannot receive a chapter 7 discharge in a case where there has been a previous case discharge in the previous eight years, the debtor who reaffirms a secured loan, and now is facing a deficiency, has little choice but to pay the deficiency.

Amendments to the Bankruptcy Code

Prior to the enactment of the amendments to the Bankruptcy Code in 2005, bankruptcy debtors could choose to simply continue making payments on secured loans to their creditors if the debtors wanted to continue to possess the collateral in question. This “pay directly” option was much more attractive to debtors - they didn’t have to worry about refinancing a loan shortly after filing a bankruptcy and they didn’t have to assume the potential negative consequences of signing a reaffirmation agreement. They could simply continue to make their scheduled loan payments. If for some reason the debtor who was paying the loan directly without reaffirming the loan defaulted on the loan payments, the creditor could repossess collateral, but had no recourse against the debtor other than that.

This was frustrating to creditors, particularly those with car loans, since vehicles depreciate in value over time, and that depreciation can take place more rapidly than a loan balance is reduced by monthly payments. So lenders would often end up repossessing vehicles with little or no value, but the loans the vehicles secured would still have significant balances.

So car lenders lobbied hard for a change in the Bankruptcy Code when the Code was significantly amended in 2005 to eliminate the option of bankruptcy debtors paying loans directly without reaffirming debt, and Congress listened. So after October, 2005 bankruptcy debtors were given three choices with respect to secured loans: surrender the collateral, redeem the collateral, or reaffirm the loan. The pay directly option was eliminated. This amendment to the Bankruptcy Code meant that a bankruptcy debtor might be current in his or her car loan payment, but because there was no reaffirmation agreement signed, a creditor could still repossess collateral.

Let’s focus on car loans, since that is where most of the conversations about reaffirmation agreements at my Eagan Bankruptcy Law Firm take place. With car loans, now debtors could have a real “wait, what?” moment. They might be working hard to maintain loan payments when their finances were tight, but still have a vehicle repossessed, simply because they chose not to take on the risk of having to pay a loan deficiency following repossession.

Did that mean that everyone with a car loan now signs reaffirmation agreements? No. The forces of the marketplace governed the behavior of lenders, not the statute the lenders had lobbied so hard for. Lenders soon found that repossessing vehicles from bankruptcy debtors who were current on their payments was not a profitable practice. Remember, depreciate over time, and often depreciate more rapidly than loan balances are paid down. Lenders tended to realize more of a profit by accepting payments from bankruptcy debtors and not repossessing vehicles even if a reaffirmation agreement wasn’t signed - they would make more money from accepting these payments, even with the risk of a future default, than they would by repossessing vehicles and selling the vehicles at an auction. This was particularly true for used car loans. And since most bankruptcy debtors had not financed the purchase of new cars prior to filing bankruptcy, used car loans made up the vast majority of loans that had been “put into” bankruptcy. So despite the provisions of the Bankruptcy Code, the practice of paying a loan directly to the lender following a bankruptcy filing remains alive and well.

But there certainly is no guarantee that because as a practical matter direct pay happens that in any one individual case a lender won’t exercise its right under the Bankruptcy Code to repossess vehicles. And late-model cars, with reasonable loan balances are certainly candidates for repossession, since lenders will realize more money from re-sale of these types of vehicles than older cars.

So since a lender might repossess, should a bankruptcy debtor who wants to retain possession of his or her car, and who believes that the loan payment is affordable sign a reaffirmation agreement? That’s a question that needs to be answered case-by-case - and the client’s ability to tolerate some uncertainty is certainly an important factor.

How DO i Know IF I Should Sign A Reaffirmation Agreement?

Here are the things I talk about with clients who are deciding whether to sign a reaffirmation agreement: First I tell clients that I don’t think anyone should sign reaffirmation agreements. Why reinstate debt when the client came to me to get debt discharged? But I also understand that having a reliable vehicle to get to and from work is an important piece of a client’s financial recovery. And a lot of clients are attached to their cars - they like driving the car they have and they want to keep it. So if the client is feeling strongly that he or she wants to keep the car, the next question is whether the client can afford the car payment with his or her current budget. If the client believes that the payment is affordable, we always check the income and expense budget that was filed with the court when the individual’s case was filed. If that budget shows that with the car payment, there is negative cash flow every month, we must determine what has changed in the monthly budget to now make the payment affordable. This can be another “wait, what?” moment for clients. The client might realize then that despite the affection he or she feels for a car, it simply is not affordable in the monthly budget. If that is the case, then the analysis is over. No client should ever, ever reaffirm a debt that the client cannot afford to pay. Then third, we talk about the likelihood that a lender would repossess the vehicle, based on the age and mileage on the car and its condition. This is a more subjective analysis. The fact is that some lenders are more likely to repossess late-model vehicles than older cars. So the age and condition of the car is a factor in our decision-making.

In the meantime for further information get in touch with me at: