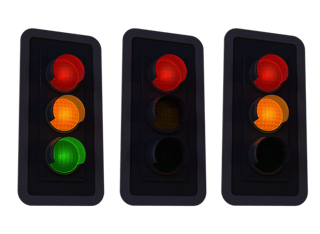 Over the last month, I’ve tried to answer one of the questions most often posed to me by prospective clients: which bankruptcy chapter is best for me?  What’s the difference between the two chapters.  And since this is the fourth week that I’ve spent writing on this question, the answer to those questions is obviously a bit involved.  This week I’ll write some more about the differences in the way chapter 7 and chapter 13 operate - and this week we’ll look at the differences as they apply to priority unsecured debt.

What is a priority debt?

In bankruptcy, debts are divided into three groups: secured (such as home mortgage and car loans), general unsecured (such as credit cards and medical bills) and priority unsecured debts.  There are four “main” groups of priority debt set out in section 507 of the Bankruptcy Code. There are other categories of priority debt; the four I will discuss are simply the most common.  Priority debts are the types of debts that Congress has determined should be paid first before any other type of creditor is paid.  The four main types of priority unsecured debts are: recently incurred state and federal income taxes (as well as sales, excise and withholding taxes for people or corporations that own businesses), domestic support obligations (child support and alimony), unpaid wages owed to employees or independent contractors (up to $12,850 for each employee or independent contractor owed within the six months immediately prior to the bankruptcy filing), and deposits paid by individuals in the hands of the debtor that are unpaid at the time the bankruptcy case is filed, up to $2850.

So these are four types of debt that Congress determined should be paid if there are funds available to do so in the bankruptcy estate.  Let’s look at how chapter 7 deals with these priority debts.

I’ve written before that most chapter 7 cases do not have assets that are non-exempt. If the assets a debtor owes are totally exempt from creditors (we call these types of chapter 7 cases “no-asset” cases), then there is nothing for the bankruptcy trustee to collect, and no payment will be made by the chapter 7 trustee to creditors.  In no-asset cases, the next question needs to be whether the priority debts will be discharged - and that answer is mixed.

No past-due domestic support obligation is discharged by a chapter 7 discharge.

The obligation to pay employees and independent contractors unpaid wages is discharged in chapter 7.

The hierarch of priority creditors, for the four types of priority debt we’ve identified is: domestic support obligations, then unpaid wages, then un-refunded deposits, and last, priority tax obligations.  So in a chapter 7 case where the debtor owes $4000 in back child support, $2000 in unpaid wages, $1000 in un-refunded deposits and $500 in taxes, and where there are, say, $5000 in non-exempt assets, the chapter 7 trustee would pay all of the back child support obligation and $1000 of the $2000 owed to unpaid employees, and nothing to depositors and nothing to the taxing authority.  The balance of the unpaid wages, and the obligation to pay depositors would be discharged when this hypothetical debtor receives a chapter 7 discharge; the debtor’s priority tax obligation would remain as an unpaid obligation, not affected by the discharge.

For an individual with financial problems who has priority debt, the best advice I can give is to consult with an experienced bankruptcy lawyer to be certain that the debtor understands what would happen with priority debt in a chapter 7 case - the experienced attorneys at Kain & Scott can help you navigate questions about priority creditors.  So what about chapter 13?

So what do we know about priority debt? We know that navigating priority and dischargeability can be complicated in a chapter 7 case - but not so much in a chapter 13 case.

In either case, speaking to one of our attorneys at Kain & Scott is a smart thing to do if you are looking at priority obligations.