What Are The Requirements To File Chapter 13 Bankruptcy? 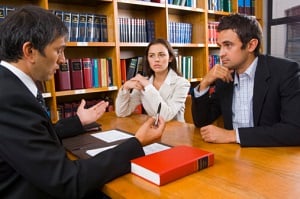 For the past three weeks, I’ve written about the requirements that are needed to file a chapter 7 bankruptcy case, and what is required to receive a chapter 7 discharge. Chapter 7 Bankruptcy is the most common chapter that consumer debtors use when they file a bankruptcy case. Chapter 7 is a relatively quick, cost-effective way to discharge debt for people who are being overwhelmed by their financial situation. Chapter 7 uses a “liquidation” approach to financial problems - a chapter 7 debtor does not repay her creditors in whole, or in part, and a chapter 7 trustee is appointed to liquidate any non-exempt property owned by the debtor.

Chapter 13 Bankruptcy is a repayment, not liquidation, approach to overwhelming financial problems.

The bankruptcy code also provides that in order to file a chapter 13 bankruptcy, the debtor must have less than $1,184,200 in secured, noncontingent, liquidated debt.

Noncontingent debt is debt that the debtor owes without having another event take place - contingent debt is debt an individual owes only if a third party, either a person or a company, defaults in payment of a debt the debtor co-signed for. Liquidated debt means that the debt is in a set amount - such as a credit account, mortgage or car loan. Unliquidated debt is debt in an amount that has not yet been formally determined - such as a claim for damages that has resulted in a lawsuit for which a judge or jury has not yet rendered a verdict.

These are the requirements to file a chapter 13. But just like chapter 7, the point of a chapter 13 bankruptcy filing is to obtain a discharge of debt. So what’s needed for a discharge?

In order to receive a discharge, the chapter 13 debtor must make monthly payments to the trustee according to the confirmed chapter 13 plan.

A chapter 13 debtor must maintain current status on domestic support obligations - child support and spousal maintenance payments - though the time the chapter 13 case is open in order to receive a discharge.

The chapter 13 debtor has to file all state and federal income tax returns that become due during the time the chapter 13 case is open.

Chapter 13 also requires that every year a debtor is in a chapter 13 case, the debtor has to send to the trustee a correct copy of all state and federal tax returns that the debtor files.

If the bankruptcy trustee sees that the debtor’s income has increased significantly since the time the chapter 13 case was filed, the trustee can ask the debtor to update his income and expense schedule, which can result in a modified chapter 13 plan payment.

Before receiving a discharge, the chapter 13 debtor must certify that he is current on any domestic support obligations and that he’s filed his taxes every year he’s been in a chapter 13 case.

Just like chapter 7, the chapter 13 debtor must complete a financial management course in order to receive a discharge.