Can My Bankruptcy Discharge Be Denied - Part 2 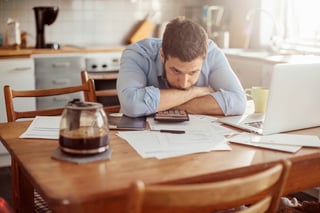 Last week, I wrote about some of the reasons a bankruptcy debtor can be denied a general discharge, or can lose a discharge after the court has entered it. The loss of a debtor’s discharge is a serious matter, and it usually can only happen when there has been active misconduct of a criminal, or at the very least quasi-criminal nature by the debtor relating to the bankruptcy proceedings, or the debtor’s assets. Since the reason people file bankruptcy cases is to receive a discharge of their debt, debtors need to know what kind of behavior leads to revocation of discharge so debtors do not put their discharge at risk.

Different scenarios in which it is possible to lose a discharge

Other types of behavior that can put a discharge at risk

1) The Debtor has concealed, destroyed, falsified, or failed to preserve financial records.

Much like the prohibition against a debtor destroying or concealing property of the bankruptcy estate, debtors are also prohibited from concealing, destroying, mutilating, falsifying or failing to keep “recorded” financial information. Recorded information includes books, documents, records and papers.

The purpose of this subsection of section 727 of the Bankruptcy Code is to prevent debtors from frustrating the efforts of bankruptcy trustees and creditors in reconstructing the debtor’s financial activities. This requirement pairs with the duty that all bankruptcy debtors have to cooperate with the bankruptcy trustee. If the trustee, or a creditor, is unable to examine the debtor’s financial books and records due to the debtor’s intentional actions, the Bankruptcy Code gives the trustee and/or a creditor the right to seek a denial or revocation of a debtor’s discharge.

There is an exception to this rule. The Code provides that if the debtor’s act, or the debtor’s failure to act that resulted in business records being destroyed or lost was justified under all of the circumstances of the case, then the Bankrupty Court will not deny or revoke the debtor’s discharge. This is a fact-based, case-by-case inquiry that the Bankruptcy Court will make is a lawsuit to deny a debtor his or her discharge is brought before the Court. Factors the Bankruptcy Court will consider in making a determination of whether this exception should be applied include the age of the documents being alleged to have been destroyed, the nature of the business, and the level of cooperation the debtor has shown to the bankruptcy trustee and creditors in other matters involving the case.

2) The Debtor has failed to follow a lawful order of the court, or has invoked his right not to testify after the debtor has been given a grant of immunity, or has failed to respond to a material question.

These several, separate but related actions are identified in section 727(a)(6) of the Bankruptcy Code. The first - failure to follow a “lawful” order of the court is a fairly obvious requirement in order for a debtor to receive a discharge. And there are not a lot of court orders entered in a typical chapter 7 or chapter 13 case. Normally, the bankruptcy court orders in cases involving consumer debtors required debtors to turn over non-exempt assets or to appear for the meeting with the case trustee.

The second and third requirements are a little more tricky. When debtors meet with the case trustee, they are placed under oath. The trustee then questions the debtors. Creditors can also be present at these meetings and they, too, have the ability to question the debtor while the debtor is under oath. Some of the “standard” questions asked by the case trustee can, depending on the debtor’s situation, place the debtor at risk of admitting to a crime. For instance, debtors are asked if they have transferred any money or property to relatives or close friends within six years of a bankruptcy case being filed. While in most cases, the transfer of assets raises only bankruptcy law questions regarding the details of the transfer, what if a debtor has sold an asset in which a secured creditor had a security interest? Under these circumstances, the debtor has defeated a security interest, which is a violation of the criminal law.

So what is a debtor to do? Everyone who is being questioned by the government - whether the question comes from a police officer, a judge, a congressional representative or a bankruptcy trustee has a constitutional right not to incriminate him- or herself under the 5th Amendment. The Bankruptcy Code recognizes this. So declining to answer a question after invoking 5th Amendment rights does not, in itself, create a situation which triggers a denial or revocation of discharge. A debtor can ask for, and in some cases, receive immunity from the government prosecutor regarding the testimony to be given at the meeting with the trustee. It is if the debtor continues to decline to answer questions on self-incrimination grounds after immunity has been granted that can trigger a denial/revocation proceeding.

3) Debtors who file bankruptcy cases have a duty to cooperate with the bankruptcy trustee (that requirement is found in section 521 of the Bankruptcy Code), and also can be questioned by creditors or can be asked to verify information by the office of the United States Trustee.

So questions to the debtor about the bankruptcy case can come from many sources. The debtor in a bankruptcy case has a duty to answer these questions, unless the debtor’s answer could legitimately lead to self-incrimination. The only qualifier for the requirement to answer questions is that the question has to be “material” to the case - that is, relevant to the trustee’s job or to the rights of a creditor asking the question.


And it’s the duty of the debtor to cooperate with the trustee that can lead to the debtor who invokes his 5th Amendment rights to have his discharge denied. While the debtor does not have to answer a question the answer to which could incriminate him, by failing to answer the question the debtor is failing to cooperate with the trustee in administration of the case. It’s a damned-if-you-do, damned-if-you-don’t situation. But it’s also a reminder that people who have broken the law need to resolve any criminal investigation first, before they file a bankruptcy case.

There are more situations that trigger a denial of discharge. We’ll look at some more next week.