Filing Bankruptcy Due to Medical Bills Piling Up is Very Common 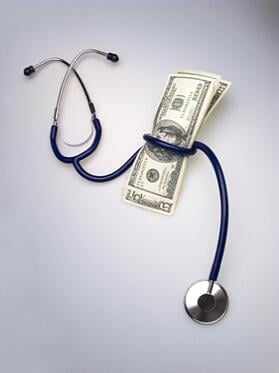 According to a study conducted by NerdWallet Health, over twenty percent of Americans will struggle with medical debt this year. For some, the best alternative is to file bankruptcy. Medical bills have been an ongoing financial problem for many Americans for more than a decade. In 2009, more than 60% of individuals who filed for bankruptcy relief did so due to medical bills. According to a report published in the American Journal of Medicine, the number of individuals who had to file bankruptcy due to medical bills rose from 46% in 2001 to 62% in 2007.

Unpaid medical bills can become a problem for anyone –even for people who believe they are prepared for a medical emergency or believe they have adequate health insurance coverage. Because of high deductibles, large out-of-pocket maximums and increasing medical costs, any of us could be facing thousands of dollars in unpaid medical bills. NerdWallet estimated that almost 10 million adults with health insurance coverage will have medical bills that they are unable to pay in full by the end of the year.

Some medical providers work with patients by offering a repayment plan; however, this is not always the case. Many health care providers are turning to collection agencies to harass patients until they pay or turn to the courts to file lawsuits to obtain judgments for unpaid medical bills. Most of the time, patients try to negotiate repayment plans and work very hard to repay their medical bills according to schedule - - even paying for years with no relief in sight. However, as medical bills continue to come in and without any assistance, some people find themselves unable to make the minimum payments to all of their health care providers, much less to pay off their medical debts in full. With this level of medical debt, these individuals are often better suited to seek relief under the Bankruptcy Code.

Some debtors have excellent health insurance and are current on all of their other debts; however, due to unpaid medical bills they are unable to continue to remain current on other bills and pay living expenses. Unpaid medical bills commonly cause individuals to fall behind (i.e. mortgage payments, car payments, etc.) as they try to juggle paying multiple medical providers in addition to keeping their other bills current.

The stress of trying to pay everything becomes overwhelming, so many stop paying on their bills, medical included. Bill collectors will begin sending threatening letters and making harassing telephone calls trying to collect the unpaid amounts. It is at this point that most people realize they need to file bankruptcy. Once a person realizes that he or she needs help a free consultation with an experienced bankruptcy attorney is the first step to finding the relief they need.

The most important thing to remember is that unpaid medical bills are a serious problem, but bankruptcy provides a real solution. You can find relief through bankruptcy and get a fresh start. You or a family member has already suffered a terrible illness or medical emergency, so you should not continue to suffer due to unpaid medical bills. Contact our office today and we will explain in detail how a bankruptcy can solve your medical financial problems.