Are Bankruptcy Records Public In Minnesota? 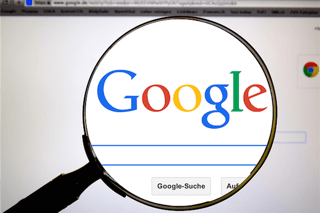 Although some bankruptcy filing records are public record, there are several very good reasons why that partial disclosure should not deter people from filing bankruptcy. Overall, bankruptcy filings are down significantly. In September 2017, consumer filings reached a ten-year low. However, many observers do not expect the downward trend to last. Instead, Northwestern University bankruptcy professor Bruce Markell expects rising interest rates to drive the number of filings back up, as distressed consumers will no longer be able to borrow their way out of financial jams in such an environment.

Who Will Know that I Filed Bankruptcy?

In the paper age, information travelled very slowly, including Minnesota bankruptcy filing information. But in the digital age, data moves much more rapidly. Many moneylenders are wired into the ECF bankruptcy electronic filing system, so when their customers file voluntary petitions, they know almost immediately. The automatic stay under Section 362 of the Bankruptcy Code prevents these moneylenders from taking most adverse action due to a filing. However, most credit card companies automatically cancel customer accounts when they file bankruptcy in Minneapolis.

If you want to keep one or more of your cards, reach out to the company after the case is filed and ask them to re-activate your credit card. The worst thing the company can say is “no.” And that’s the most likely response if you ask to reinstate your credit account while your bankruptcy case is pending.  However, if you had a zero balance at the time the case was filed, the card issuer will likely either reinstate the cancelled card, or issue a new card, because the company wants to keep making money and keeps its customers happy.

Friends, relatives, neighbors, bosses, and other people without access to the ECF system probably will not know anything about the filing, unless you happen to be a Hollywood celebrity or an entertainment mogul. If that was the situation, you probably would not have filed bankruptcy in the first place.

Mortgage companies, automobile lenders, and other non-credit card companies all receive direct notice of the filing, so they usually find out within a few days. Once again, the automatic stay prohibits any new adverse action and actually brings any existing such actions to a screeching halt.

What Will Happen to Me?

It is illegal to discriminate against anyone solely on the basis of a bankruptcy filing. That includes a wide range of actions, such as:

However, it usually is legal to make decisions based on a poor credit score, at least in part. Foreclosures, repossessions, and other such events often drive credit scores even lower than bankruptcy filings. Many creditors rightly reason that when a consumer files bankruptcy, especially if it’s a Chapter 13, at least the consumer took some action with regard to the debt. Foreclosures indicate that the consumer simply gave up.

So, a consumer bankruptcy may actually prevent bad things from happening to you instead of causing them.

How Do I Put Bankruptcy in My Rear-View Mirror?

Recovery from bankruptcy can begin almost at the moment you file. Keep in mind that it is a process. Most people spend many years building good credit ratings, so it will take some time to rebuild it as well. Here are a few tips:

Follow these and other credit repair tips, and after a few years pass, you will not even remember that you filed bankruptcy. Chapter 13 bankruptcies usually fall off credit reports after seven years, and most Chapter 7s stay on for ten years.

Bankruptcy is not the end of the world as you know it. For a free consultation with an experienced bankruptcy attorney in Minneapolis, contact Kain & Scott. We routinely handle cases in Hennepin County and nearby jurisdictions.