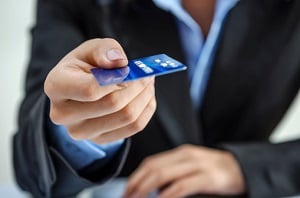 I meet with many people every month who are struggling financially. Most of these people want to know if filing a Chapter 7 or Chapter 13 bankruptcy case is right for them. Some ask me “what would you do?” in their situation. The complete, thorough answer to this question requires me and my clients to look at their current situation carefully, and then analyze what the outcomes will be to them if they take no affirmative action to resolve their financial problems, what the outcomes will be if the clients decide to attempt an informal agreement with their creditors to pay back all or part of the debt owed without filing bankruptcy, and what the outcomes will be if they file a bankruptcy case - either Chapter 7 or a Chapter 13 case.

I often tell clients that bankruptcy is strong medicine - bankruptcy will “cure” what ails a client financially by discharging debt that has become too expensive to service. But I caution clients to be aware of the negative side effects of filing. And the biggest (in fact, the only predictably real) consequence of filing is what a bankruptcy filing will do to a person’s credit rating. Today I will write about access to credit after a chapter 7 bankruptcy case is filed.

Credit While a Chapter 7 Case is Pending

The almost uniform rule for bankruptcy debtors is that all forms of consumer credit - revolving credit cards, retail charge cards and open lines of credit - are not available to a chapter 7 debtor while the case is pending (after the case has been filed but before the debtor has been discharged). A typical chapter 7 case is going to take between three and one-half months and four months from the date the case is filed to the date the Bankruptcy Court enters the debtor’s general discharge.

The exception to the rule is that debtors with qualified co-signers might, under some circumstances, qualify for a small amount of credit, but even that is not a sure thing. So the expectation for anyone filing a chapter 7 case is that the debtor should not hope to acquire credit from a lender prior to the debtor’s discharge.

This all changes after the debtor receives his discharge. Clients need to know that filing a bankruptcy case will be reported as an event by the credit reporting agency for 10 years after the bankruptcy case is filed. However, the 10 years’ worth of reporting does not mean that a discharged bankruptcy debtor won’t be able to access credit during that time. Quite the opposite; for most chapter 7 debtors who have been discharged, credit in some form comes back long before the bankruptcy stops being reported, and for some credit products, the bankruptcy debtor’s credit is restored sooner rather than later.

For most Chapter 7 Bankruptcy debtors, the first credit product that they qualify for after discharge is a retail charge card. A retail card is different that a revolving credit account - such as Visa, Mastercard or Discover. A retail credit card can only be used at the retail outlet of the store that issued the card - such as a Target or WalMart card. Typically, retail cards have low credit limit.

A retailer will extend credit to someone who has recently received a chapter 7 discharge because the financial risk to the retail card issuer is low, and the benefit to the retail is significant. There are reasons for this. First, once a debtor has received a chapter 7 discharge, he cannot file another chapter 7 case within 8 years of filing of the first case and receive a discharge. So collection of defaulted accounts against a recent bankruptcy debtor is much easier, since this person has no good bankruptcy option for a number of years. Second, the retailer’s financial exposure is low, since the retailer will issue a card with a “low” credit limit - the debtor will be unable to make big charges on the credit card if the total credit limit is, as is often the case, $200 to $500. The retailer card issuer won’t suffer significant financial reverses if defaulted accounts only total in the low hundreds.

And the benefit to retailers is strong: the issuance of a retail card to a discharged chapter 7 debtor increases the likelihood that the debtor will patronize the store that issued the card to the exclusion of other retailers who chose not to extend credit.

The benefit to the debtor is strong also, assuming that the debtor pays the charge account balance in full every month that the debtor carries a balance. Repeated, on-time payments pay off in a big way for clients trying to recover credit following a bankruptcy. An added bonus: the retailer will raise a debtor’s credit limit if the debtor maintains the charge account appropriately. When the debtor’s credit limit on a store-issued card is raised, that means the debtor’s credit score is improving. Also, bankruptcy debtors who, when they analyze their spending behavior that led to their bankruptcy case have some security knowing that the credit limits on retail cards is low, so they don’t have to worry about becoming overextended financially. So a retail charge card is a good place to start for bankruptcy debtors who want to start rebuilding their credit after discharge.

But how to go about getting one? That’s what I’ll write about next week.