WHAT HAPPENS WHEN YOUR INCOME CHANGES WHILE YOU ARE IN A CHAPTER 13? PART TWO 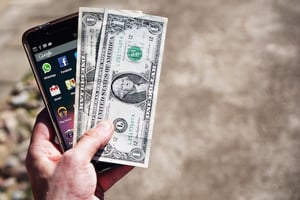 In an earlier post, I started writing about a common issue in chapter 13 bankruptcy cases: a change in income experienced by the debtor while the chapter 13 plan is open.  The last post looked at why this is an issue - namely, the 2005 revision of the bankruptcy law that required chapter 13 bankruptcy debtors to annually send the chapter 13 trustee copies of filed state and federal income tax returns.  It’s from that tax information that a chapter 13 trustee can ask individuals already in confirmed chapter 13 plans to adjust their income and expense schedules to more accurately reflect the debtor’s month-to-month financial situation.

As I noted in my last post, chapter 13 debtors who see a reduction in income (or a spike in monthly living expenses) have always been able to avail themselves of plan modification - to reduce their monthly payments.  It is the ability of a chapter 13 trustee to put pressure on a chapter 13 debtor when the debtor’s income has increased that is new since 2005, and it’s this situation that I will focus on in this post.

So if this happens - if a chapter 13 debtor sees an increase in income - what’s the best thing to do?

First - talk to your attorney

Although most chapter 13 trustees will speak with debtors about the “nuts and bolts” of their plan payments - particularly the logistics of getting payments to the right place, at Kain & Scott we tell our clients to always speak with your attorney if you have questions about your chapter 13 case.  And that certainly applies to any concerns a chapter 13 debtor has when there’s been a pay raise or some other change in compensation that will result in more income.

If the raise is more than just an annual cost-of-living adjustment, then having a conversation with the attorney is important.  It’s very possible that a significant increase in compensation will result in an increased chapter 13 payment, but in this situation it’s important to understand that the pay raise won’t be swallowed up by an increased chapter 13 payment.  Chapter13 trustees understand that doing that would result in a strong disincentive to work.

In most cases with a significant pay raise, the chapter 13 debtor will work with their attorney to fashion a modified plan that takes into account the increase in income, but also recognizes the increases in expenses that normally accompany a pay raise, such as increased transportation costs, food and clothing expense, even child care expense for a debtor who is earning more money but also must spend more time on the job due to increased job responsibilities.

It’s so important that someone in this situation maintains a good attitude about their income and their chapter13 plan: it’s good news that the chapter 13 debtor is making more money, and by working with the attorney, the chapter 13 debtor can retain a good portion of that pay increase.  So the best advice: accept that raise with a smile - and talk with your attorney!