What Are My Bankruptcy Filing Options in Minnesota? 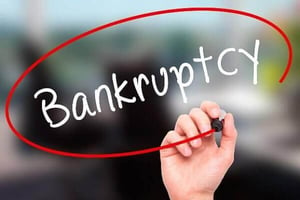 After about a decade of steady decline, bankruptcy filing rates have leveled off since about 2015. Many observers take that to mean the filing rates will start going back up, which has not happened since a spike in filings following the 2005 bankruptcy reforms.

The filing rates are usually higher in non-judicial foreclosure states like Minnesota. Other than bankruptcy, homeowners in these states have few options once the mortgage company begins foreclosure proceedings.

At Kain & Scott, we always thoroughly review your options, because there are significant differences between a Chapter 7 and a Chapter 13. Nothing can substitute for a personal consultation with an experienced Minnesota bankruptcy attorney. But hopefully, this post will lay the groundwork for better understanding.

The two main types of consumer bankruptcy in Minnesota are very different in some respects. But in other ways, they are very much alike. After all, they both come from the United States Bankruptcy Code. Some of these similarities include:

Asset protection is also the same in both Chapter 7 and Chapter 13 cases. Minnesota debtors may elect either state or federal exemptions. There are some pros and cons for each type of exemption as well. But in general, both of them apply to your house, car, personal property, retirement nest egg, and other key assets.

People with too much unsecured debt should usually file Chapter 7. In just a few months, this form of Minnesota bankruptcy discharges most unsecured debts, such as credit cards, medical bills, and unsecured loans.

After the debtor files a petition and schedules, the trustee (person who oversees the bankruptcy for the judge) reviews the paperwork to verify that everything is in order. The trustee usually requests some documents as well, such as proof of identity, proof of residency, and proof of income. This portion of the case is called a 341 Meeting of Creditors. It’s named after the section of the Bankruptcy Code that authorizes it. Creditors very rarely show up at the “meeting of creditors,” even though they have notice.

60 days after the 341 meeting, the judge issues a discharge order. It applies to all dischargeable debts. As mentioned, that usually includes most unsecured debts.

Because of the 2005 reform law, Chapter 7 debtors must qualify for filing through a means test. That means their income must be lower than the median income for that size household in the state where they live – or be able to prove that even if they are above-median income, they lack sufficient disposable income to fund a chapter 13 repayment plan.

These debtors do not need to “pass” the means test. Instead, Chapter 13 debtors must have sufficient disposable income to be able to fund a repayment plan. This fund goes to satisfy arrearages on secured debts, such as auto loans and home mortgages. The debtor must pay these obligations in order to retain the property, bankruptcy or no bankruptcy. Chapter 13 is a vehicle to do just that.

At the 341 meeting, the trustee also reviews the debtor’s proposed repayment plan. That plan includes a monthly, income-based debt consolidation payment. As long as the monthly payments are sufficient to satisfy all arrearages within three or five years (the length of a bankruptcy), the bankruptcy almost always approves the plan (the formal court approval is called “confirmation”). The automatic stay remains in effect, so creditors usually cannot take adverse action, even though the debtor is still delinquent.

Chapter 13 also gives debtors some advanced options, like strip-offs and cram-downs. These alternatives could significantly reduce your debt load.

For some debtors,  who have a mix of debt with significant challenges, the best approach is to file a chapter 7 bankruptcy to discharge unsecured debt and then, after their chapter 7 discharge has been entered, to file a chapter 13 to address things like mortgage arrears, expensive car payments, back taxes or back child support.  A chapter 7 followed by a chapter 13 - that’s where the “20” comes in – can be the best option for people with a variety of debt problems.

Other Kain & Scott clients start in a chapter 13, but when circumstances change, the need to stay in a chapter 13 case is gone.  For most of these clients, converting their case to a chapter 7, to allow them to receive their bankruptcy discharge sooner, is a good way of proceeding.

The Bankruptcy Code gives people several different options. For a free consultation with an experienced bankruptcy attorney in Minnesota, contact Kain & Scott. We have offices throughout the state.