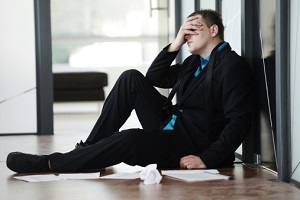 Bankruptcy filings declined again in 2017, but only by 0.07 percent. That’s the smallest decline since 2010, and it signals that the number of filings may soon inch back up. The growing number of retail and other business bankruptcies may accelerate this trend. Small brick-and-mortar, mom-and-pop businesses in Minnesota and elsewhere simply cannot compete anymore.

That last point is an important one. Moneylenders like to promote the myth that only people who recklessly overspend and are financial failures file bankruptcy. This myth discourages people from seeking Chapter 7 and other bankruptcy relief. In some cases, overspending is a problem. But in most cases, there are other issues involved. Typically, these issues are beyond the debtor’s control.

Estimates as to the number of medical bill-related bankruptcies vary wildly. Some say it’s as high as 50 percent; others insist that it is less than 10 percent. If you split the difference, roughly a third of all Minnesota consumer bankruptcies involve medical bills.

The number may be even higher among older Americans. Medicare usually pays 80 percent of covered expenses. 20 percent of a cancer treatment or other catastrophic illness bill is a lot of money. Making matters worse, moneylenders and debt-buyers are very aggressive when it comes to collecting this debt. In fact, aggressive medical bill collection, and not identity theft or anything else, is the number one consumer complaint of people over 60.

Chapter 7 discharges medical bills since they are unsecured debts. The same thing goes for Chapter 13. Bankruptcy also gives debtors flexibility. At Kain & Scott, many of our clients voluntarily agree to repay (reaffirm) money that they owe to hospitals or doctor’s offices. That way, they do not have to search for other providers. But if a debt-buyer (third party debt collector) has acquired the account, our clients usually allow bankruptcy to take its course.

Some people accumulate high credit card balances because they overspend on luxury items. However, most people accrue such debt because they must use their cards for living expenses. Either way, the amount of credit card debt in the United States is quite high. As a rule of thumb, if you owe more than about $10,000 in revolving debt, it is pretty much impossible to pay it off.

Bankruptcy discharges credit card debt in the same way that it discharges medical bills. Furthermore, bankruptcy’s automatic stay prohibits moneylenders from taking cardholders to court. That’s a very big deal in Minnesota. In the Gopher State, moneylenders who obtain judgements can garnish up to 25 percent of a person’s net wages.

Most people in Minnesota live week-to-week. Over a third of your neighbors could not pay cash to cover a $400 emergency expense. With such a narrow margin, even a few weeks of unemployment often begins a devastating snowball effect. Some bills get put off in favor of other bills, and most moneylenders are quite impatient.

The same thing applies to business downturns. About half of American workers either moonlight or freelance full-time. If your family counts on this extra money and this income stream dries up even a little, the consequences can once again be far-reaching.

In most cases, both unemployment and business downturns are outside the debtor’s control. Bankruptcy’s fresh start is designed for families just like these.

Marriage dissolution is often the double whammy for a family’s finances. There are unexpected expenses, such as attorneys’ fees, real estate deposits, support payments, and daycare tuition. These costs can easily run into the thousands of dollars. At the same time, most household expenses double.

Bankruptcy discharges most of these bills. It is very difficult for people to move on from a divorce if they are stuck paying the bills for months or even years after the matter is finalized. If you are going through a divorce and having financial problems, it’s usually best to file bankruptcy before the case is finalized. That way, the property/debt division is easier to handle.

Bankruptcy does not discharge all divorce-related debts. DSOs (Domestic Support Obligations) like child support and alimony are usually not dischargeable under any circumstances, even though they are unsecured debts. Some other unsecured debts with limited discharge include back taxes and student loans.

If you are having financial problems, they are usually not your fault. For a free consultation with an experienced bankruptcy attorney in Minnesota, contact Kain & Scott. We offer free credit repair to our clients.